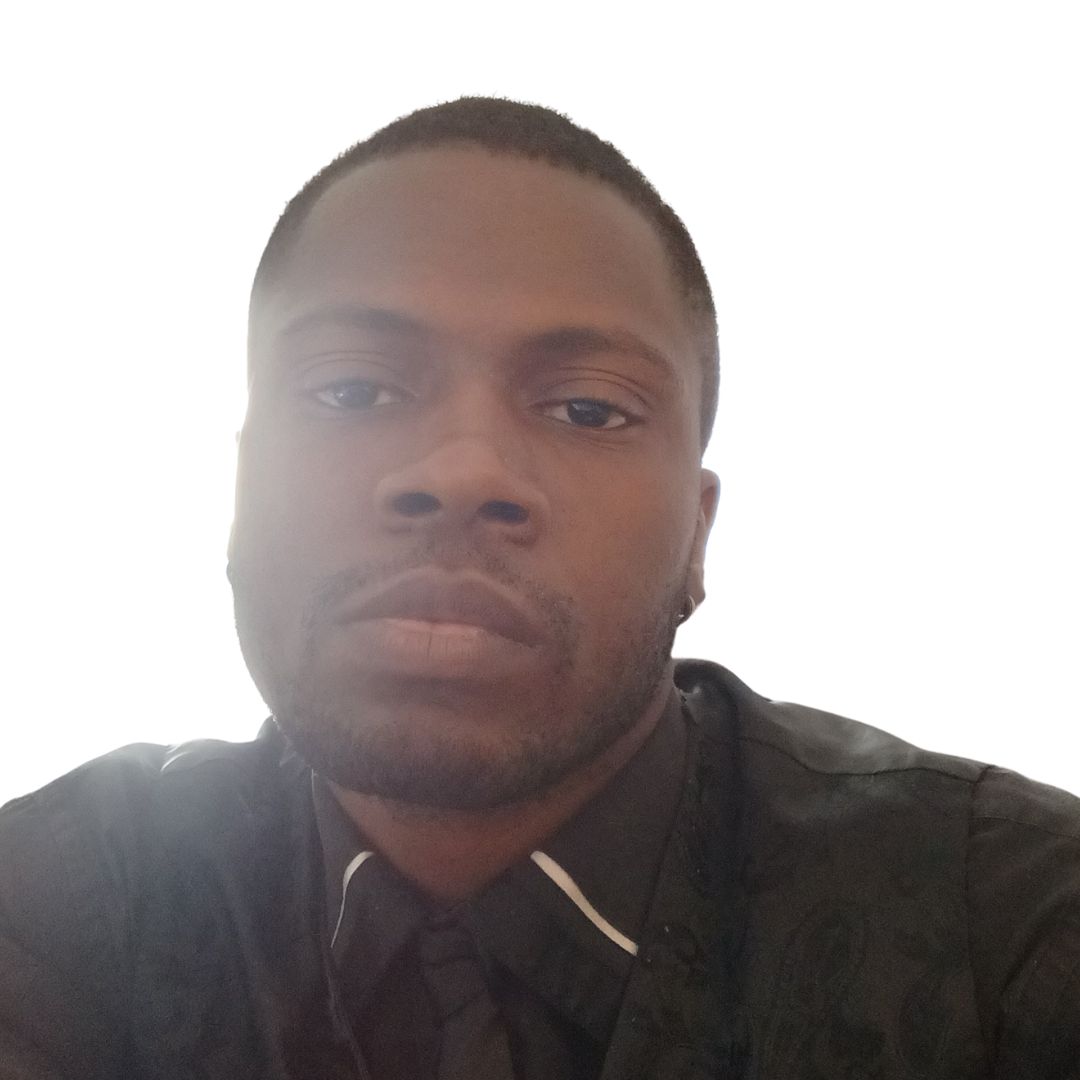 Damonte Ware has set his sights on the modeling and acting world and is taking steps to achieve his dreams. He is currently enrolled in educational courses in the Raleigh area to learn important skills to help him achieve goals he has dreamed about since he was younger.

Throughout his life, Damonte says he has always had confidence in his abilities to reach goals. Services that he has received through Monarch have helped him overcome mental health struggles.

Born and raised in Cleveland, Ohio, Damonte, 26, moved to Cary in June of 2016. He headed south to live with his Aunt Akisha, his mom’s sister, and Uncle James after his mom’s unexpected death at the age of 37 earlier in the year. She suffered cardiac arrest, passing away from an undetected genetic heart disorder called cardiac arrhythmia.

After moving to North Carolina, Damonte had a difficult time after his mom’s passing and being separated from his sister and brother. His Aunt Akisha helped him locate Monarch services that she thought would help him cope with the struggles he was experiencing. In 2018, he began receiving individual therapy services and medication management through Monarch’s Cary Behavioral Health Outpatient Clinic. He was diagnosed with schizoaffective disorder, bipolar disorder and post-traumatic stress disorder, managing the symptoms of his diagnoses through medication.

After his mom’s passing, Damonte also collapsed in a similar situation and was subsequently diagnosed with cardiac arrhythmia. “I felt like my life flashed before my eyes and now I don’t take life for granted,” he shares. “I was given a second chance for a reason. I want to do my mother proud but most importantly, I want to do myself proud and achieve my goals. I want to live my best life and be the best version of myself I can be and not take anything for granted.” 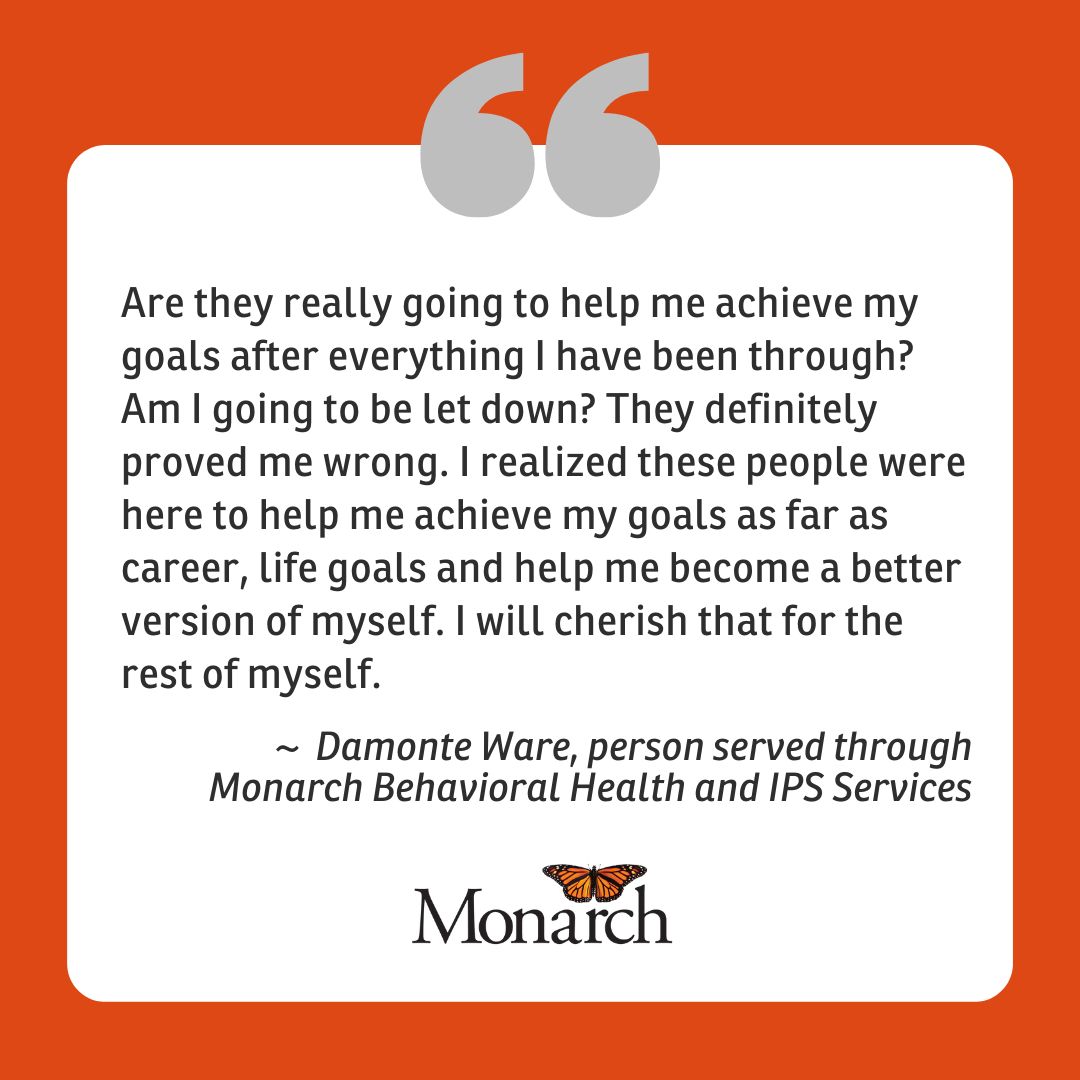 Damonte remembers being a bit nervous before beginning Monarch services but he said he focused on developing a trust with his therapist: “I didn’t say no because I knew it was for my own good but I was having second thoughts. Are they really going to help me achieve my goals after everything I have been through? Am I going to be let down? They definitely proved me wrong. I realized these people were here to help me achieve my goals as far as career, life goals and help me become a better version of myself. I will cherish that for the rest of myself.”

After receiving therapy through Monarch, Damonte expressed interest in getting a job. He was referred to Monarch’s Individual Placement and Support (IPS) services where a team of employment professionals help individuals diagnosed with mental illness through the job search.

Damonte explains that staff helped him sort out the kind of job in which he was interested, online employment resources and the application process for applying to jobs online. He is grateful for the assistance of the Wake IPS staff that helped him to better understand the job search process.

Today, he lives independently in his own apartment and works as a busser and host at First Watch restaurant in Cary. “I love it. It is a great environment to be in, great people and some of the best co-workers at First Watch. It is important and helping me thrive,” he says of his job that he started in September.

Looking toward the future, Damonte intends to pursue modeling and acting jobs once he is finished with classes. “It is the perfect fit for me as to who I am as a person,” he states. “I appreciate all that I was taught since I was young – be an active listener, pick the right clothes that symbolize who I am. But under these stylish clothes, I am a human being,” he says.