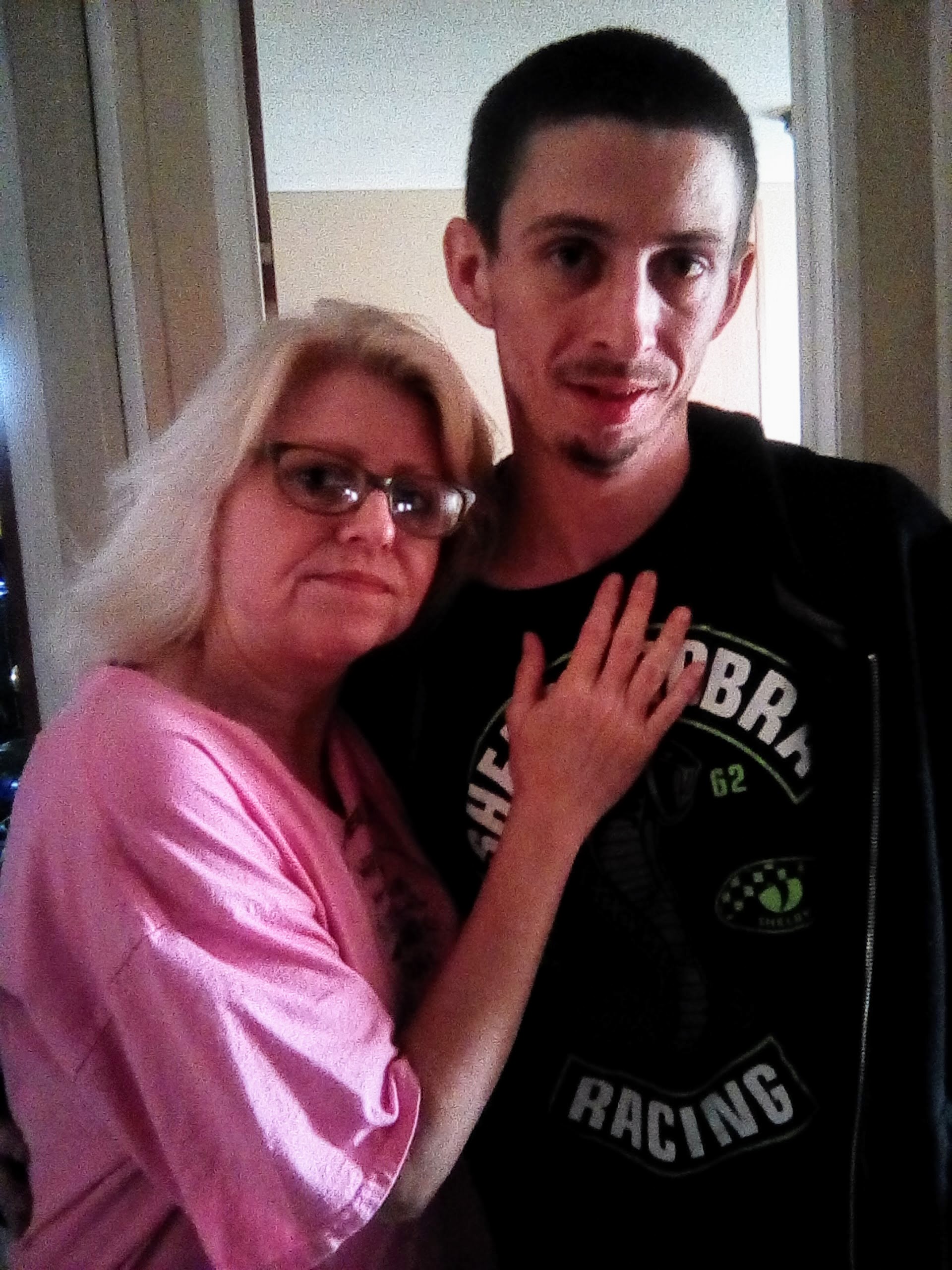 In this photo, Michelle Lowder says goodbye to her son, Tommy, before he leaves to enter substance use disorder treatment. Her son passed away on December 4, 2018, following an opioid overdose.

Michelle Lowder isn’t sure where she would be without the Pings service used by Monarch through Bamboo Health.

On December 4, 2019, when Monarch was implementing the patient notification system, she visited her local hospital’s emergency department. She was experiencing a panic attack on the one-year anniversary of her son’s death from an opioid overdose.

Following Tommy’s death, she struggled with her own recovery and mental health. She worried about her younger son, David, coping with the death of his brother. The memories and grief were difficult for Michelle to bear.

The memories from a year earlier remained vivid and she can still see the needle left in his arm as he lay on the floor. She recalls quickly administering a dose of Narcan, a potentially lifesaving medication designed to help reverse the effects of an opioid overdose, she had secretly kept on hand.

She prayed for a miracle. Her son had overdosed two weeks before when emergency personnel used Narcan to save his life. She immediately called 9-1-1.

Her heroic efforts were no match against the grip of the opiates that took his life. “I always stayed geared up to receive a phone call to come and identify his body,” she said of an expectation she had due to his substance use disorder.

As a Pings subscriber, Monarch receives a digital notification that a person supported sought medical attention at another health facility. Debbie Miller, RN, who is a nurse care manager through Monarch’s Certified Community Behavioral Health Clinic (CCBHC) in Stanly County where Michelle receives care, was able to contact her following the hospital visit and reconnect with critical mental health care.

“The Pings service, to sum it up, is the only reason that I am able to sit here with you and chat with you this very moment,” Michelle believes, noting that she calls the service a blessing.

Michelle was grateful that Monarch was able to assist with scheduling consistent mental health treatment: “Pings got me back in mental health services, literally. I don’t think I would have pursued it with all the grief. I don’t know how much follow through I would have had in me to pursue getting help.”

Today, Michelle is grateful that Pings helped Monarch staff reach out and that mental health services resumed. “This is one of those things that there is no fooling myself. If I don’t have someone helping me than I won’t be here to help my son,” she says of her desire to be an example for her youngest son.

She is proud of remaining vigilant about receiving consistent mental health care, however, she is still working toward processing the death of her son. Michelle receives individual therapy through Monarch Senior Therapist Amy Medlin, MSW, LCSW.

CCBHC’s Debbie, who assists Michelle with receiving Monarch care, has seen so many positive changes in her through volunteering in the community, buying her own car and staying engaged in her mental health care. “I have seen her go from broken and struggling, and very tearful every time we saw each other to thriving and participating in life,” Debbie observes. “She has done amazing and she seems happier, smiling and proud of herself.”

Michelle shares that she has been receiving care on a regular basis and is doing well. “I can’t do this without Monarch’s help,” she says of her goal to continue healing.

Click here to read more about the Pings service used at Monarch.