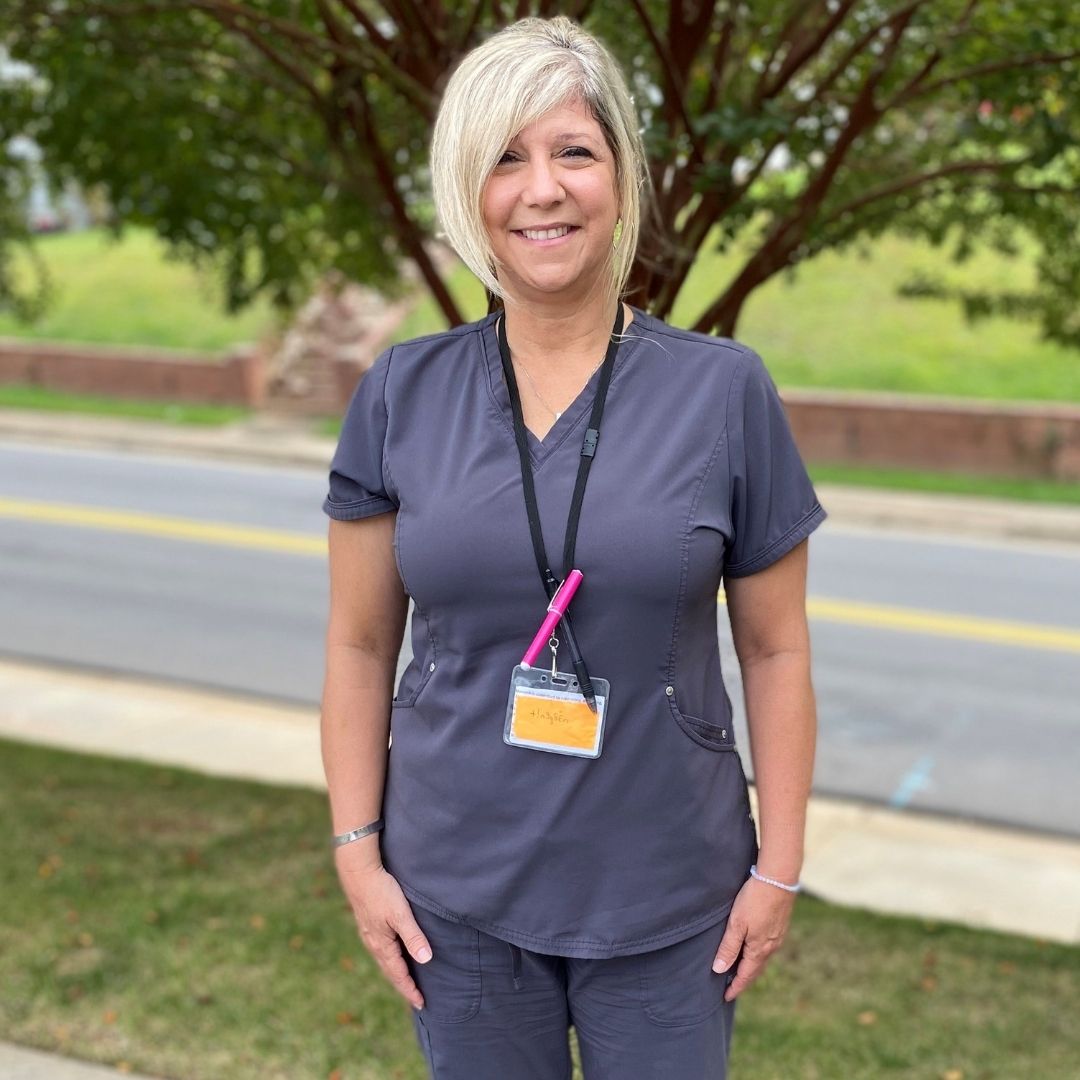 It was on that day that her oldest son, Hayden, 25, died of a lethal dose of fentanyl after years of seeking rehabilitative treatment and struggling to overcome a substance use disorder.

Despite his struggles with overcoming addiction, the proud mom remembers her son with fond memories and a wistful smile: “He was always a comedian and making others laugh.”

Reducing Stigma One Person at a Time

Miller is a nurse case manager at Monarch’s Certified Community Behavioral Health Clinic (CCBHC) in Stanly County. Part of her responsibilities include administering the Medicated Assisted Treatment (MAT) injections for people with substance use disorder. She also works within the community promoting the CCBHC’s whole-person centered services including mental health care, substance use disorder services, employment services and occupational therapy to area physicians, hospitals and schools.

Without judgement, armed with her personal experience and wearing her signature smile, Miller works each day to be a resource and advocate for individuals with substance use disorders.

Inroads within the Community Being Made

Statistics from the Centers for Disease Control (CDC) are staggering. Since 1999, more than 750,000 people have died in the U.S. from a drug overdose. In 2018, two out of three drug overdose deaths involved an opioid. Between 1999 and 2019, nearly 450,000 people died from overdoses involving an opioid, including prescription and illicit opioids.

But inroads are being made to promote services and reach out to individuals who need help the most, such as the CCBHC peer support specialist who works in the community with emergency personnel when someone overdoses within Stanly County. Miller remarked that people supported through MAT often confide in her how Monarch’s services for substance use disorders have saved their life. “That is how we are making a difference,” she said of her role on the CCBHC team which includes behavioral health therapists, clinical staff, case managers, peer support specialists and a medical director.

She wishes someone could have been there for her son in the same way she strives to be there for the people Monarch supports.

A close-knit family, Miller recalls that for Hayden the teenage years were difficult. Her family found empty pill bottles after her son was prescribed pain medication for a mild case of scoliosis. Addiction soon followed and he eventually began using heroin. There were signs of depression and anxiety through the teen years that she attributed to the typical teen angst common while growing up.

“We had everything, but looking back he was miserable,” Miller described. He switched schools hoping to start with a clean slate. He thrived for a while but dropped out and earned his GED diploma. With an interest in the military, he tried to apply for service but was not admitted. 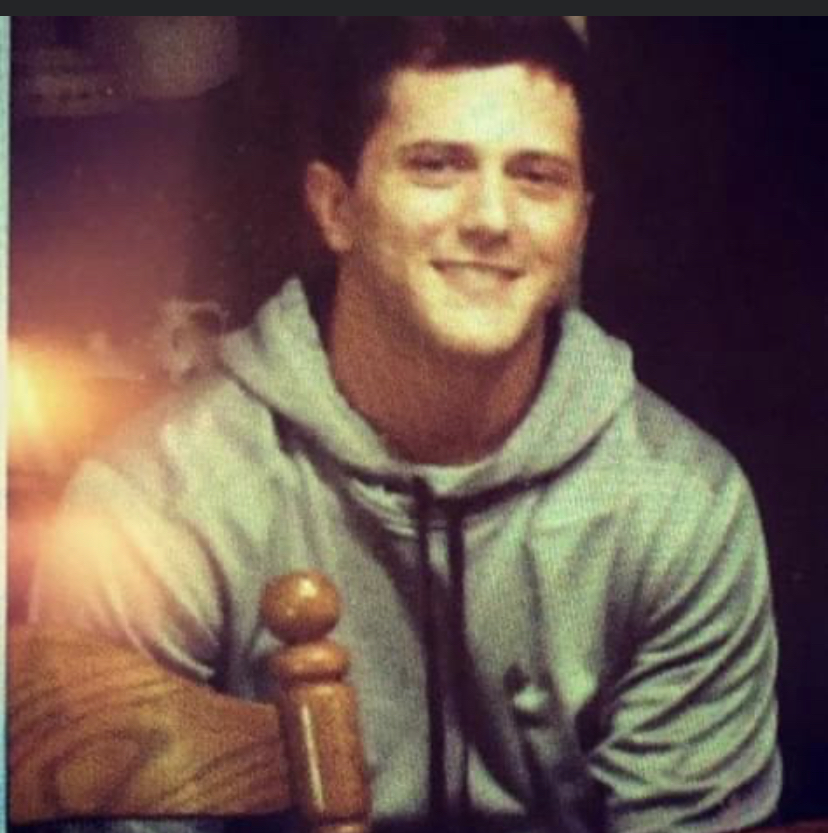 Several rounds of rehabilitative treatment didn’t seem to curb his desire for drugs. “We couldn’t find the right program for him and as soon as the insurance ran out services stopped. I was a nurse but had no clue how bad it was until it was too late,” she shared of the almost 10 years of addiction her son endured.

At the time of his death, he was using drugs daily to maintain employment. “He had an addictive personality and moved on to heroin. Even being a nurse, I thought drugs were a choice. There is so much stigma surrounding drug addiction but you don’t know until you have lived it,” she explained.

“The stigma associated with substance use disorder is horrible when you deal with it. I can help these folks and help them recover. Many times, everyone turns their backs on them and gives up on them,” she noted, as she recalled how childhood friends gave up and lost touch with her son.

Showing Others There is Hope

Miller explained that she is witness to people who are trying to heal from substance use disorders experiencing family member and friends turning their backs. “If I can help one person, that would be my reason for being on this planet. I want to help in reducing the stigma surrounding substance use disorder and advocating for these folks,” she said.

Miller is active within several social media groups mostly comprised of families and parents like her who suffered from the loss of a child through drug addiction.

“I always tell them that there is hope. My son had friends who were recovering addicts. I tell people who need help about Monarch and advise them to not be embarrassed about how you recover. Stay clean and don’t use street drugs . . . No matter how bad into addiction you are, you can get your life back,” she shared. 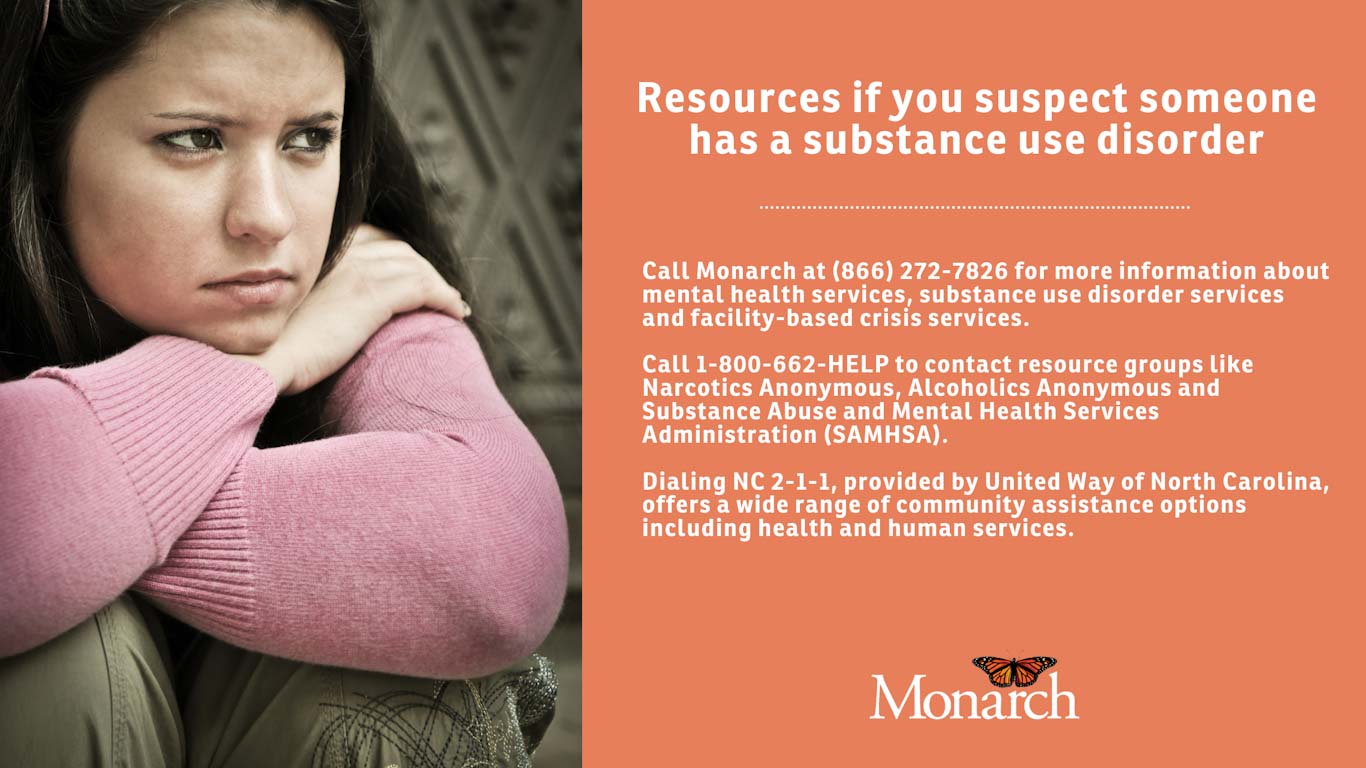