What to Watch For If Someone is Considering Suicide 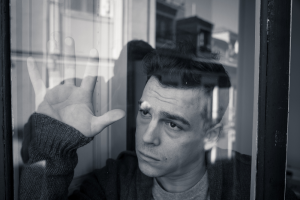 Judith Chappell is a senior therapist at the Certified Community Behavioral Health Clinic. She can recall memories as a young girl watching her father struggle with substance use disorder and depression.

Her father’s mental health struggles prompted three separate suicide attempts. At a young age, she realized the pervasive nature of mental health issues and the impact on her family, friends and loved ones.

National Suicide Prevention Month is recognized every September. The month-long effort promotes information and resources to prevent and distinguish suicide signs and prevent suicide altogether. In North Carolina, one person dies by suicide every six hours. It is the second leading cause of death for people ages 15 through 34. And the fourth leading cause in ages 25 through 54, according to the American Foundation for Suicide Prevention (AFSP).

AFSP states that suicide is related to brain functions that affect decision-making and behavioral control. Making it difficult for people to find positive solutions. Being aware of the warning signs to look for if someone is considering or feeling suicidal, could save a life. Chappell noted that suicide often co-occurs with mental health issues or substance use disorder.

Chappell’s personal history makes her empathetic to people living with mental illness and their family members, and is one of the reasons she has remained in the mental health field: “This is a family condition. Everyone in the individual’s community is impacted in some way when someone takes their life. I remember neighbors, friends and family trying to intervene on my father’s behalf when he was struggling.”

Chappell offers suggestions of what to recognize in behaviors that may signal someone is considering taking their life.

Oftentimes, someone will state to others their suicidal objectives and such comments should never be ignored. “A person may verbalize that they are going to take their life as a way of obtaining attention. Many times they are speaking their truth and intend to go through with their actions,” she said.

Moreover, individuals considering suicide often express feelings of hopelessness, being a burden to others or talk about significant, chronic pain. “These are expressions that you can see on their entire body if you are paying attention,” Chappell said. Adding that depression can distort perceptions and reduce the person’s ability to make sound life decisions.

Individuals may begin to give their possessions or money away, noting they don’t need the items anymore.

Chappell stressed that irritability is a behavior commonly ignored or missed in recognizing depression or suicidal tendencies. “You are more likely to have compassion for a person who is sad. We are used to depression presenting itself as sadness and there is symptomatology related to irritability,” Chappell observed.

Loved ones and friends of someone who die by suicide often blame themselves. Chappell noted that suicide is jolting and its impact on those closest to the person who passed away can be profound. “Please remember, you are not responsible for your loved one’s suicide or their actions,” she advised.

For immediate assistance if someone’s life is in danger, dial 911. To find out more information about Monarch services available, call (866) 272-7826 or visit www.monarchnc.org for service locations across North Carolina. Other suicide telephone resources include the National Suicide Prevention Lifeline (800) 273-8255.