Starting Over: How Kim Howard said a traumatic brain injury showed her “who I really am”

Kim Howard was on her usual route home from work one afternoon in October 2014. Howard, who was a certified nursing assistant for 23 years, enjoyed every minute of taking care of others. But this time, her commute on that Charlotte highway was one that changed her life forever.

A semi-truck slammed into the back of Howard’s car. She survived, but was left with a traumatic brain injury (TBI). Her ability to speak was severely impaired, she suffered memory loss, and conversion disorder. Beyond her physical injuries, Howard was faced with losing her job and her home.

Estranged from her family, Howard had nowhere to go and no one to turn to for help, she landed in a shelter. Through tears, she explained the moment she contemplated suicide.

“I was at my bottom. I worked all my life taking care of people, getting the things I wanted and needed, and helping anybody I could. To have all that taken away from me, I thought, I can’t do this,” recalled Howard.

What she did next was something she said took a lot of courage. She called Mobile Crisis Center, which led her to Monarch and redirected her life’s path. She was paired with Cherie Smith, a residential team leader for transitional housing at Monarch, who helped her get placement in one of the apartments Monarch manages in Charlotte.

“The entire staff, everybody from the [front desk] window to the nurse, every corner they had smiles on their faces. So that’s when I knew I was in the right place, and I told myself to stop putting my pride before my health,” said Howard, who visited Monarch’s behavioral health office in Charlotte.

“She is wrapped around with support, but we feel no one can have too little support. I think Kim has a great amount of strength, of will,” said Smith.

It’s that strength and will that not only brought Howard to Monarch, but kept her moving forward despite setbacks in her recovery. One of those setbacks came when she was diagnosed with diabetes. It was disappointing and a challenge at first, but staying vigilant about her diet and exercise has drastically improved her health. It even reacquainted her with her love of cooking again.

“Now she’s not taking any medication for her diabetes because she walks and exercises,” Smith said and Howard has taken up other hobbies, between speech therapy and doctors’ visits to keep herself sharp.

“With a brain injury, if you don’t use it, you lose it. I stay focused, I try to read, my house is full of things to remind me daily of my blessings,” said Howard. One of those things is a mask Howard created in an art therapy class. She said the mask represents the ‘old Kim.’

“That’s the mask that I shed to let everybody know, this is me now. But guess what, I changed for the better,” said Howard.

“She’s very positive, even with just one more thing happening, that’s an additional struggle she had, but she didn’t allow that to stop her. She’s a survivor,” said Smith.

Howard didn’t just survive that day of the accident; it’s been a way of life for Howard to push through her traumatic circumstances. She was already carrying the weight of an abusive childhood through her adult life. 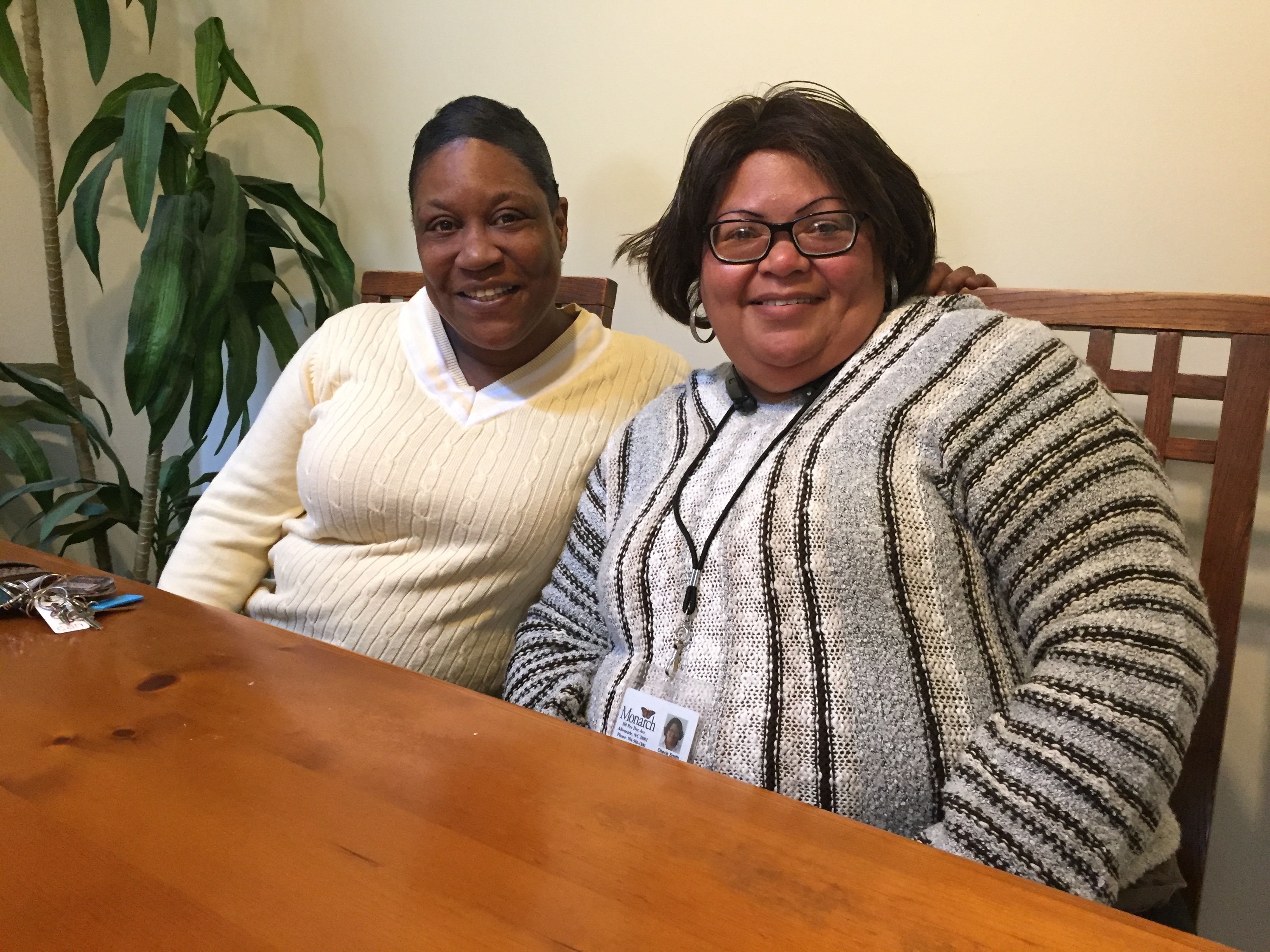 At nine years old, she was molested by her cousins and ignored when she told her mother. At 13, she turned to marijuana and alcohol as her escape. As a  teenager, Howard said her mother took money she earned to support the family financially. Despite the odds, she graduated from high school with honors.

“I was 13 or 14 years old and my mother was constantly adopting kids, and I was the baby of the family and I never received that attention. I was helping  my siblings with their homework, cooking, cleaning, doing laundry, doing everything a kid should not be doing,” said Howard. “Sometimes when I’m  having a hard time with things, I think that’s the child in me that I miss, because I did not have a childhood,” said Howard.

Howard’s dream of having her own biological children is one that was not to be. At 19, she survived ovarian cancer after having a hysterectomy. Though  retelling and reliving her story is tough, it has aided her in her recovery.

“When we talk about recovery, one day at a time, everybody’s life is one day at a time. It doesn’t matter if you have a mental health, or a medical  diagnosis. We try to teach everyone here it’s one step at a time. So when we’re talking about recovery, that could be anybody. That’s us, as supporters, we  have to put one foot in front of the other every single day. And Kim has done that and she doesn’t hide behind anything, she’s open and honest,” said  Smith. “Kim’s whole life has changed, but she’s adapted and she’s adjusted and readjusted her goals to fit into where her life is now.”

Howard and Smith have formed a sisterly bond over the last year and a half that they plan to carry on even after Howard moves to permanent housing.  Howard is also working on becoming an advocate, building her own business and reconnecting with her family. And although her journey has not been  without tears, those tears are now often tears of joy.

“It changed my life, I thought, for the worse. But even up until now, it’s changed my life for the better because it took me outside of who I thought I was  and showed me who I really am,” said Howard.