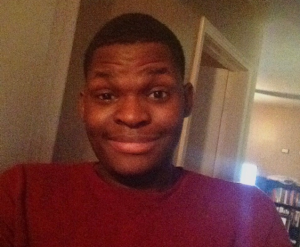 Shakil Jefferson’s story is one in which many people can relate to: balancing personal and professional aspirations that can be daunting and, overwhelming. However, Jefferson sought assistance and today he is thriving.­­­­

In 2013, Jefferson pursued a Bachelor of Arts in Communication from North Carolina State University. He struggled with the stress of college life and balancing a traumatic private family matter. Subsequently, the weight of both resulted in a mental breakdown resulting in Jefferson being hospitalized for a month.

“Back in 2013, I was diagnosed with social anxiety and psychosis,” said Jefferson. “Processing the weight of school and things going on in my life led to it.  I had to go back to school and finish my last year and graduate. It wasn’t the easiest year, but I had a good support system.” Jefferson ultimately graduated in 2014 receiving his college degree.

Jefferson received services with a local agency in South Carolina that helped him overcome his challenges. In 2018, he and his mother planned to relocate from Gaffney, South Carolina, to Gastonia, which meant he would need a new agency to support him on his wellness journey and maintain the progress accomplished so far. Jefferson was referred to Monarch’s Behavioral Health location in Gaston County and began therapy and medication to continue his road to recovery.

As therapy progressed, he sought other opportunities to grow and develop, specifically in the professional arena. In 2019, Jefferson was paired with Karen Poole, an employment support professional within Monarch’s Individual Placement and Support (IPS) program in Gaston County. Together, they explored a variety of professional skills and career types that would be the best fit for him.

Monarch Individual Placement Services (IPS) staff works in collaboration with the behavioral health professionals as a team approach to assist in achieving an individual’s personal and professional goals.

During his initial experience with the IPS staff, Jefferson narrowed his search to virtual or home-based employment.  He also worked to enhance his interpersonal communication skills to become more comfortable interviewing and speaking in one-on-one conversations.

“Shakil is not comfortable in large crowds,” said Poole. “When he gets nervous, he fidgets, and he is not comfortable making eye contact. Transportation to and from work also presented a challenge so finding a work from home job was the best fit for him.”

“I had mock interviews with Karen and then we would talk about why I wanted employment and the type of job that worked best for me. It wasn’t like the standard job program,” explained Jefferson.

Jefferson worked with Poole to search and apply for various positions. He received a few interviews and even came close to securing a role.  After a month-long interview process, Jefferson didn’t get the job and though discouraged, he didn’t lose his motivation to find employment.

“Monarch’s services are very personable compared to other forms of therapy that I’ve had,” Jefferson described. “This was more collaborative, and they feel invested, so they gave extra effort. If I needed a resource, they always had a suggestion. I appreciate that about the service.”

Poole believes that the people we support just need to know they have someone in their corner, “Shakil didn’t need much professional grooming but helping him build his confidence was key to finding a job,” she commented.

It would be nine months before he received a call for a position after interviewing for a role on Apple, Inc.’s Technical Support team. Jefferson was one of only 20 people hired for the role out of a pool of hundreds of candidates. His role as a technical support specialist  involves taking calls and assisting customers with troubleshooting their devices. He has already received a promotion and a raise due to excellent attendance and other performance metrics.

“Through working with Monarch, I definitely found a position where I can see myself moving up in my career if I choose that path,” said Jefferson. “Monarch gave me an opportunity but also prepared me for my new role as well.”