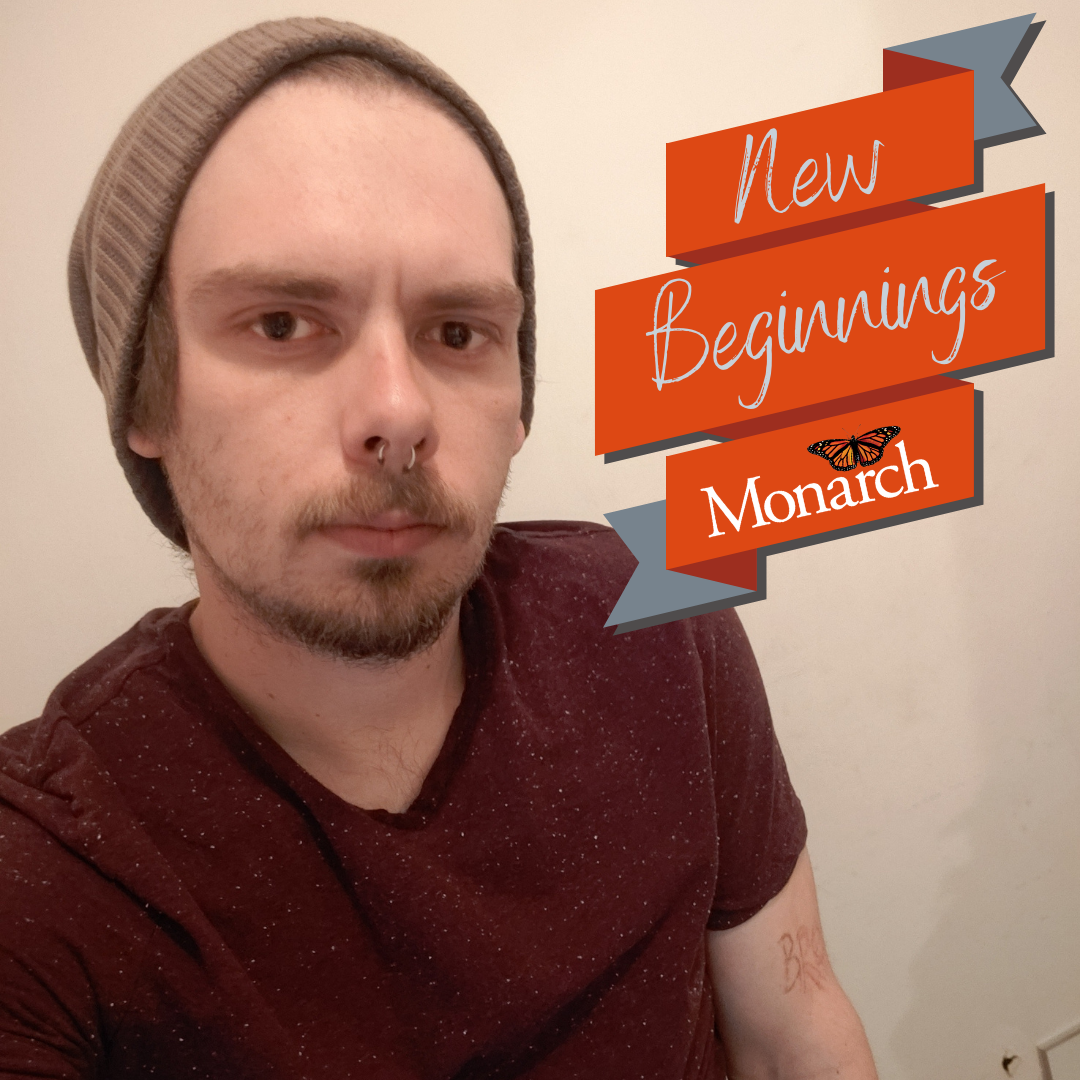 Editor’s Note: The New Beginnings series of features aim at highlighting staff and people we support who provide an optimistic outlook on life as we head into 2021. Since this story was originally posted in September 2020 for National Recovery Month, Mark Wetherby continues to heal, is doing well at his job and will soon begin building a new home.

That’s when she first met Mark Wetherby, an individual recovering from substance use disorder whose addiction began as a teenager, and a person supported she would cross paths with on a number of occasions over the next few years.

She recalls Wetherby as a supportive participant in group therapy, engaging in discussion and helping others join in the conversation.  He finished receiving services at the conclusion of her internship in 2017.

Wetherby’s story is not unique as National Recovery Month, recognized in September, celebrates the gains made by individuals in recovery for substance use disorders, just as health improvements made by people managing conditions such as hypertension, diabetes, asthma and heart disease.

In 2017, the National Survey on Drug Use and Health estimated that 9.7 million American adults (aged 12 and older) battled a substance use disorder. When Wetherby was 15 years old, he left home and started a part-time job as a roofer to support himself. One day on the job, he fell from the roof of a house, causing him to sustain a severe back injury. This event in 2005 would change the course of his life, soon introducing him to prescription drugs and later leading to drug addiction.

“I fell off of a roof into a bush,” said Wetherby. “The doctor prescribed an opioid for the pain. When the doctor would not refill the prescription after 90 days, someone recommended heroin to help me cope with the pain.”

Eventually, Wetherby became addicted to heroin and used the drug for six years before his first overdose. In 2015, Wetherby was assaulted by four men while getting high on heroin. After the attack, he crawled to a nearby road and someone called an ambulance for medical attention.

Wetherby made several attempts to stop using drugs, even attending a rehabilitation facility, but over the next several years, he continued to have occasional relapses. In 2016, Wetherby moved from Salisbury to Stanly County. He continued to live drug free until one day he decided to drive back to Salisbury to buy drugs. A few days later, after using the drugs, he was arrested.

“You may think you have it down, but there is always a chance of relapsing,” said Wetherby. The National Institute on Drug Abuse states that the relapse rate for substance use disorders is estimated to be between 40 and 60 percent.

He was one of the first to participate in Monarch’s Medication-Assisted Treatment (MAT), a program that provides prescription intervention to help people recover from substance use disorders, at the CCBHC. He credits the MAT program along with counseling for assisting him on the road to recovery.

“Monarch was a huge step in the right direction,” said Wetherby. “Monarch kept me out of prison, and I got a lot of resources.”

Hedgecock explained that “the goal of the MAT program is to eventually help the people we support to finish their Suboxone and the reason counseling is required is to learn the coping skills, triggers and resources so as to not go back to that lifestyle.”

“We don’t want you here forever. We want you to graduate from the program but welcome you back if you slip,” she added.

Now two years sober, Wetherby doesn’t consider his recovery a permanent fix. He credits Monarch in part with his ability to succeed.

“I think Mark helped himself. I can give you all the tools, listen and support you in your recovery, but at the end of the day, people help themselves. They are their own search engine. I just point and click the mouse in that direction,” Hedgecock observed.

One reason Wetherby maintains his sobriety is the love he has for his 5-year-old son. When he was incarcerated for a year, Wetherby recalled that his son had difficultly remembering who he was. Now that the young father is sober, he is enjoying spending time with his child.

Wetherby’s advice to individuals currently trying to overcome a substance use disorder is to follow a familiar sports slogan: “No one is really going to do it for you, so a popular athletic apparel company slogan works pretty well. Just do it.”

For more information about substance use disorder services available through Monarch, please call (866) 272-7826.