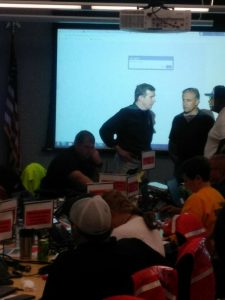 As Monarch’s Safety Manager, Cathy Herrera is accustomed and adept at ensuring the safety of the people we support.

She recently became part of the state’s first Functional Assessment Support Team (FAST), through North Carolina’s Emergency Management, along with Tameca Barron, administrative assistant. This team is made up of professionals and community members assisting local government agencies providing access and functional needs during an emergency.

Herrera’s role on FAST includes visiting and assessing shelters to make sure people with mental health or intellectual or developmental disabilities have the services and supplies needed. She explained that could range from health care items like wheelchairs or walkers, to making sure someone with autism has an appropriate safe space.

Herrera was deployed to New Hanover County on Thursday, Sept. 5 in the initial stages of Hurricane Dorian. Barron was unable to participate on this FAST. While serving, Herrera visited a shelter established at a Wilmington elementary school. Although not a mandatory evacuation, families and individuals were happy to have a safe, local location, she noted. 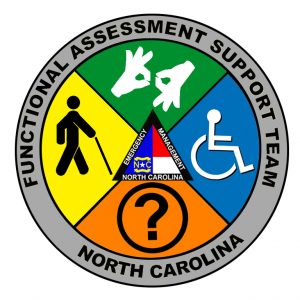 As part of this FAST, Herrera was located at the Emergency Operations Center (EOC) designated in the New Hanover County government building, collaborating with nearly 200 other agency and community representatives such as meteorologists, utility coordinators and first responders.

“I want to be out there doing and helping. This was an exciting adventure and a great experience. I love being in the midst of excitement but don’t want anyone to get hurt,” she said of her experience during Hurricane Dorian.

Herrera keeps her eyes peeled to the weather reports, keeping tabs on any future hurricanes that may be forming. Herrera said she looks forward to hearing which North Carolina county they will be deployed to next and the ability to help others in the communities served.