October marks National Disabilities Employment Awareness Month shining a light on the benefits of inclusive hiring practices and the rewards felt by people with intellectual and developmental disabilities (IDD) who are employed.

This year marks the 30th anniversary of the Americans with Disabilities Act, a landmark civil rights legislation that aimed at increasing access and opportunity for people with disabilities across society, including the workplace.

For the people supported through Monarch’s IDD services, the benefits of employment are evident and far reaching. People we support who are employed are thriving, proud of their accomplishments and happy to be part of a community.

Monarch’s Vice President of Operations – Enhanced Services Shannon Atkinson said it is important not only to secure the job for the people we support but to find one that is fulfilling: “We believe it is important to help people find not only jobs, but careers that will bring them satisfaction and a sense of purpose.”

“Monarch recognizes the therapeutic benefits that employment offers individuals with disabilities. Creating a source of income and adding structure to one’s day are two of the most basic benefits that work can offer individuals,” she added.

Here are a few people Monarch supports that are thriving through employment. 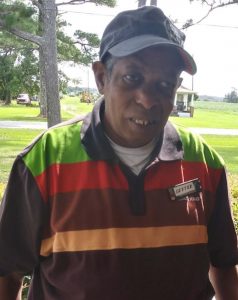 Nelson is known as “The Burger King Man” in his hometown of Beaufort. He is proud of the title and even prouder to be able to maintain employment. He is a resident of Monarch’s Schooner Shores group home, a supervised home for adults with intellectual and developmental disabilities, where he has lived for over 20 years.

Nelson, 60, is an associate at the Beaufort Burger King where he has been working for about three years. His responsibilities include cleaning the dining room and restrooms. He partners with a job coach from an area agency that assists him in his role as needed.

“I like working and everybody is nice to me,” Nelson said of his job, adding that he enjoys everything about working, including the compensation and meeting new people.

Developmental Specialist Katrina Montague, who has been employed through Monarch at Schooner Shores for about as long as Nelson has been a resident, said everyone in town knows him and the reason that he received his nickname.

Nelson wears his uniform proudly and is on time and present for his Tuesday shifts. “I love my job,” he said. 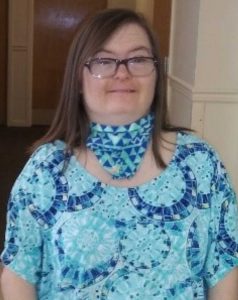 Joanne Vincent is an employee of Moore’s Olde Tyme Barbeque Chicken & Seafood in New Bern where she proudly assists with taking care of the dining room. “I am a waitress and I take food to the customers,” Vincent said.

Reaching an employment milestone is important to Vincent as she looks forward to her four-year anniversary at Moore’s in October. She is appreciative of the assistance of Developmental Specialist Margaret Gibbs and Residential Manager Tammy Ham for helping her receive the job offer in 2016: “They helped me with my application and they did all they can to help me out to be a better person.”

Vincent didn’t have to go far to receive some helpful tips. Her mother used to be a waitress and provided insight into performing well at work. When asked about the best part of her job, she chuckled and said, “Payday!” However, she quickly added, “I love working with a team of people. My staff helps me and gives me ideas on my job.”

When asked how it feels to be employed, Vincent shared, “Whew, I love it! I get all wound up.” 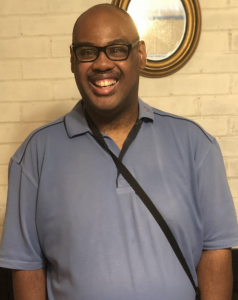 Michael Dover loves everything about his job at Harris Teeter in Winston-Salem. He helps bring groceries to customers from the checkout to their car. He noted quite honestly that there isn’t anything he does not like about his job. “I like working with people and I work well with people,” Dover said about his job performance. “They are kind to me.”

In 2018, Dover was searching for employment and trying to find a position that was the right fit for him. A Monarch staffer helped Dover fill out applications and accompanied him on job interviews. He recommended to anyone with I/DD who is also searching for employment to keep in mind what you enjoy doing and once you find that stay focused on the job and the tasks involved.

This role has not only given Dover a paid position of employment but a boost to his self-confidence and a feeling of accomplishment. “It feels good to have a job. It makes me feel proud.” 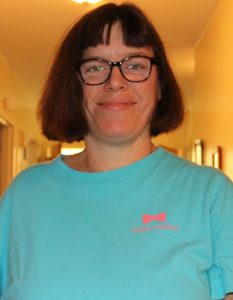 For Maggie Stiller showing up in her Wendy’s uniform is not only about doing a job well, but providing outstanding service wherever the opportunity arises. Stiller is employed at the New Bern fast-food franchise, where she ensures the dining room is clean for customers. She also assists with washing.

“I like working with my people, my customers and working where I work. They are nice and friendly,” said Stiller. “It feels good [to be employed] because I like to work.”

Self-described as shy, Stiller admitted that Hoke Group Home Development Specialist Lisa Harvey encouraged her to apply for the job a year ago. Today, she arrives at work with a “can do” attitude and is eager to get the job done: “I love working at Wendy’s because it’s a nice place and everyone is friendly.”