Erik Greenan, a resident of Mallard Lane Center group home in Rockingham, is fostering his independence and living life as a typical teenager. Erik is thriving through Monarch’s long-term services and supports that he receives. 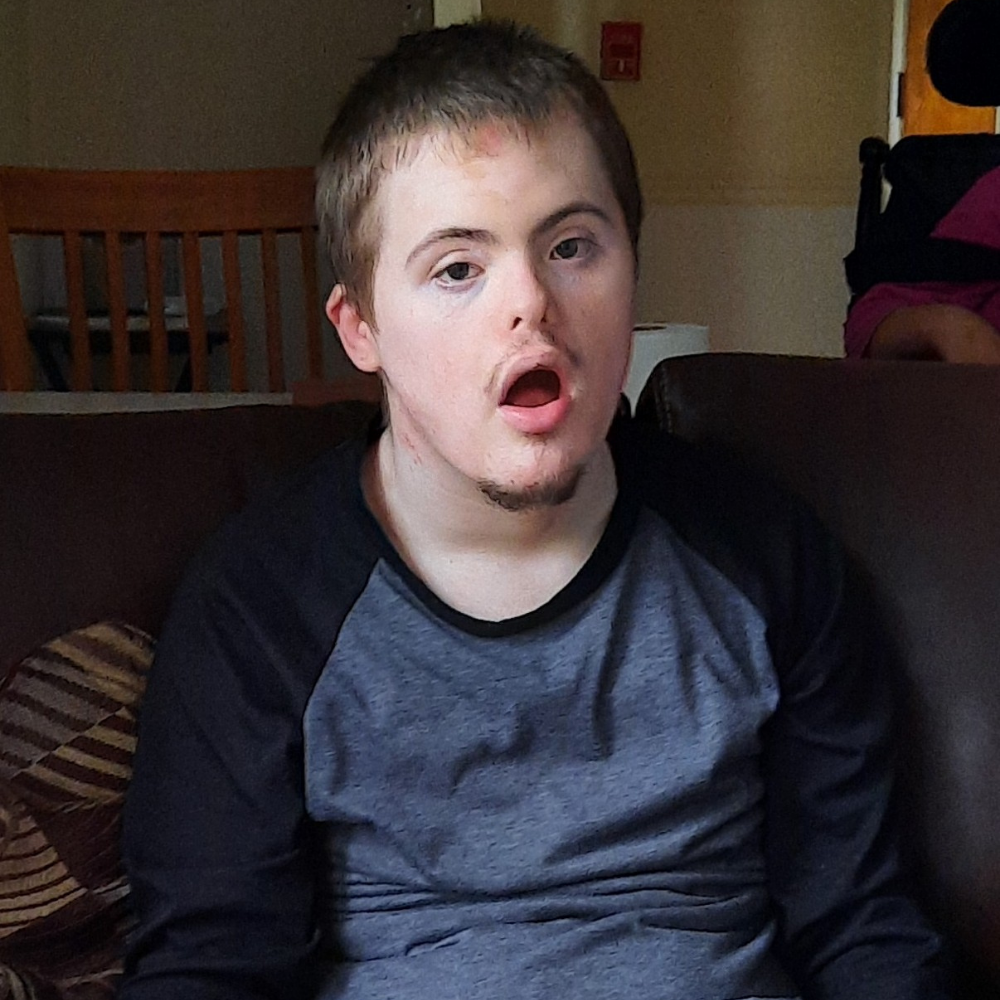 About 15 years ago, a family from the United States arrived at an orphanage in the Northern European country of Estonia to adopt a 6-year-old girl.

When the couple arrived at the orphanage, they made a startling discovery. They realized that the young girl they would soon call their daughter was caring for a 3-year-old boy. The toddler was malnourished and about the size of an 18-month-old child. The child slept in a crate at the foot of the girl’s bed. The diaper he was wearing and the blanket he was holding were his only possessions.

The couple quickly realized they could not head back to the United States with their new daughter and leave the young boy behind. The family made the decision to complete the necessary adoption paperwork and bring their daughter and son, Erik Greenan, back to their home in western North Carolina.

After returning, Erik’s parents had the best intentions of raising him as part of their family. The family realized when their son was about  5 years old that they could no longer care for him because of self-injuring behavior. They researched options for their son and decided on Monarch’s Pence Place, an intermediate care facility (ICF) specializing in care for the most medically fragile young people with intellectual and developmental disabilities and mental health diagnoses.

Through the years, she has had the privilege to watch Erik, who is diagnosed with Down syndrome, grow and thrive. “He has gone from being a quiet, shy little boy to an independent young man,” Tyler reminisces. “He will access his home, get what he wants, and, if he can’t, he will guide you to what he wants and show you. He will help with cleaning his room and the kitchen. He expresses himself now and advocates more for himself instead of being passive.”

Erik, who uses a variety of methods to communicate, graduated from Richmond Senior High School and when he was 18, moved from Pence Place to Mallard Lane. Pat McDonald, residential manager at Mallard Lane, has known Erik, now 19, since he first arrived at Pence Place.

At some point during Erik’s childhood, his adoptive family returned to New York and lost touch. The compassionate Pence Place staff  celebrated holidays, birthdays and childhood milestones. “The people we support are family,” McDonald says. “You become family. You try not to, but your heart won’t let you.” 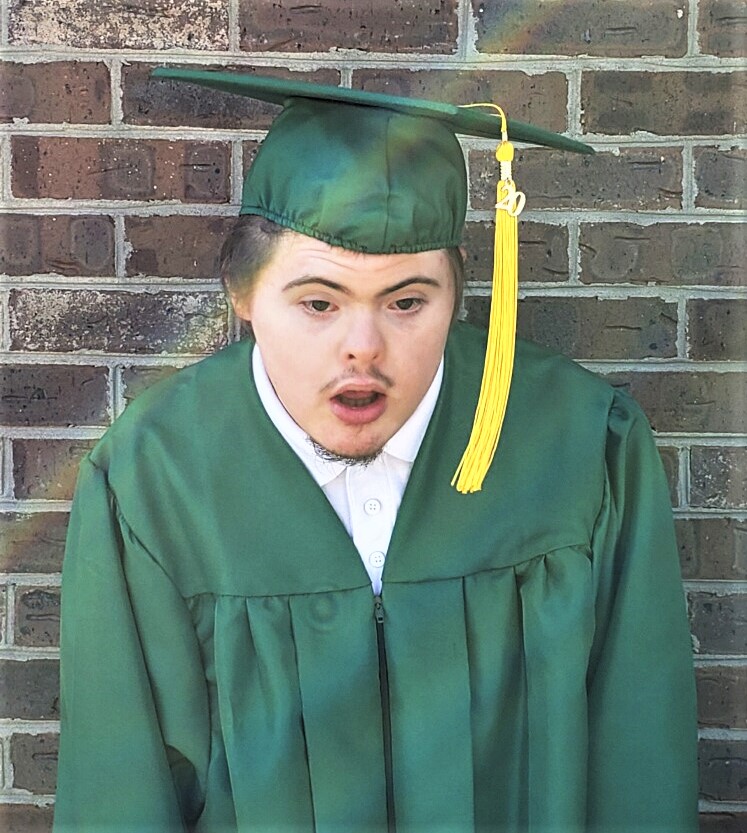 Erik Greenan, resident of Monarch’s Mallard Lane Group Home, was proud to wear his high school’s colors during graduation in spring of 2020.

Last year, Erik donned a cap and gown and virtually accepted his high school diploma. He was ready for a new chapter in his life.

Erik gradually transitioned to Mallard Lane so that he could adjust to his new home. “If we’re having something social, we’ll have new residents over or they’ll do overnight visits,” explains McDonald.

McDonald is glad that Erik was able to smoothly transition to an adult group home. “We love it when we are able to keep people we support in the Monarch family,” McDonald says. “That’s always our goal because we know the exceptional level of care and services that we provide.”

During the week, Erik attends the Community Based Alternatives day program in Hamlet, where people with intellectual and developmental disabilities are engaged in various activities and social outings, which also support personal growth and independence.