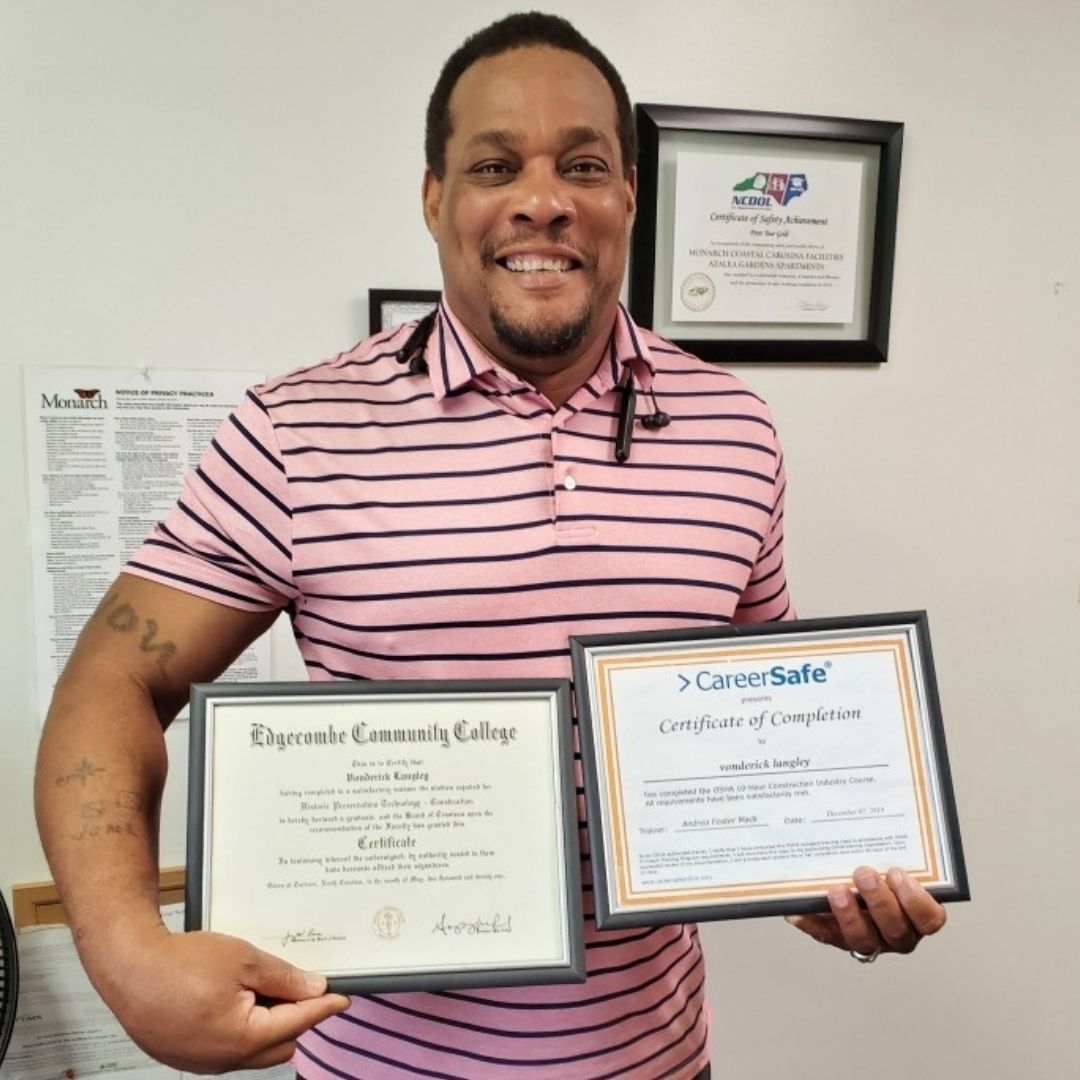 Vonderick Langley has always had a passion for learning. In 1998, at the age of 28, he had to learn to write, walk and talk all over again after a traumatic brain injury. He couldn’t remember family, best friends and former classmates.

He successfully recovered but still experiences the side effects of the brain trauma – paranoia and fear of crowds. However, his passion for learning has remained intact.

Recovering from his injuries Langley believed progress came in accomplishing small goals. Little by little, he achieved each one he set for himself. He learned to read, write and comprehend instructions. He got his driver’s license when he turned 38 years old.

Now at 52, he is proud of his achievements and his tireless quest to learn: “The things that I learn, no one can take away from me.”

A resident of Azalea Gardens in Pitt County, Langley lives in a tight-knit apartment community that supports adults who have been diagnosed with a mental illness. The Monarch staff cheer him on and applaud when he accomplishes life goals.

In 2018, Langley received a certificate of completion from Edgecombe Community College. He had begun at Pitt Community College but transferred his studies to Edgecombe for additional assistance and attention as he pursued his studies. His interest in construction began as a 9-year-old boy when Langley attended a wilderness camp building tents and learning about log cabins.

Today, that small spark ignited years ago fuels his passion for studying and researching historical buildings. “I have always been into building. I love the aspect of building something from the foundation to the gable,” he states with excitement.

Once he began classes at Edgecombe, he realized his love of historical buildings and the intricacies of construction that took place decades, sometimes a century, ago. He enjoys talking about preserving the integrity of a property and how historical structures can be preserved through construction. 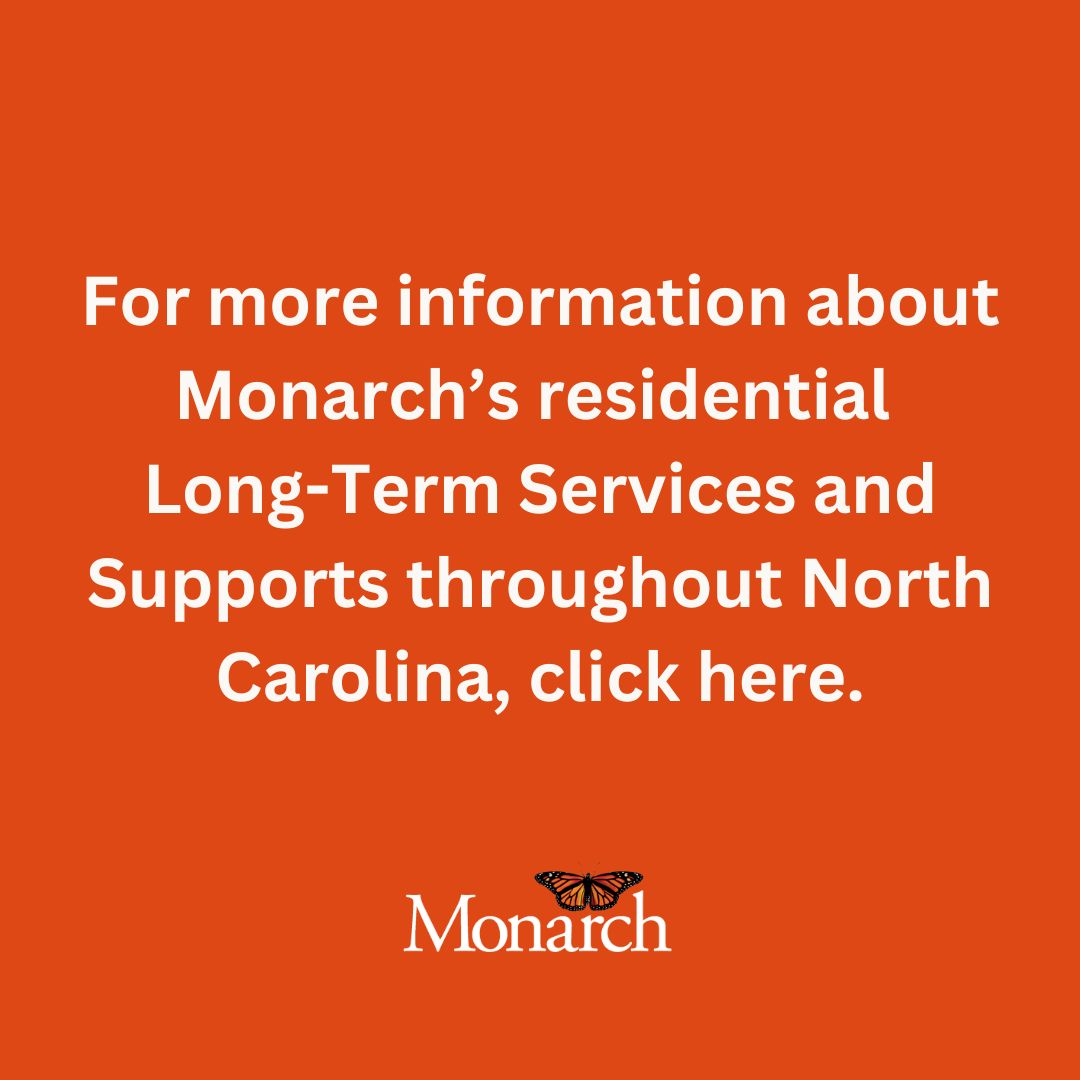 Persevering through brain trauma and recovery, Langley wants to be an example for others who face seemingly overwhelming and difficult life circumstances. “If I can do it, so can others,” he states confidently. He shares his difficult childhood of being taken from his mother and brothers as a young boy, living in many different foster homes and acting out during his school years. “My response to certain things was out of not knowing and caused me to be in bad places in life,” he says.

Following being shot and the long recuperation, Langley believes he was given another opportunity to do something with his life. “God gave me another chance and showed me what my future could be like,” he shares. “The most important thing to me is education. I am motivated to take a negative and turn it into a positive.”

Today, he works for a friend’s construction company. He marvels at his ability to start a small home improvement business where he can use his skills: “I want to give back and be a light instead of being darkness.”

Residential Manager Carolyn Boggan says Langley is an example for the other residents with his confidence, perseverance and passion for learning. “He does so well with follow up appointments he needs and supporting his fellow apartment residents, “They help him and they help one another,” she says of the comradery at Azalea Gardens.