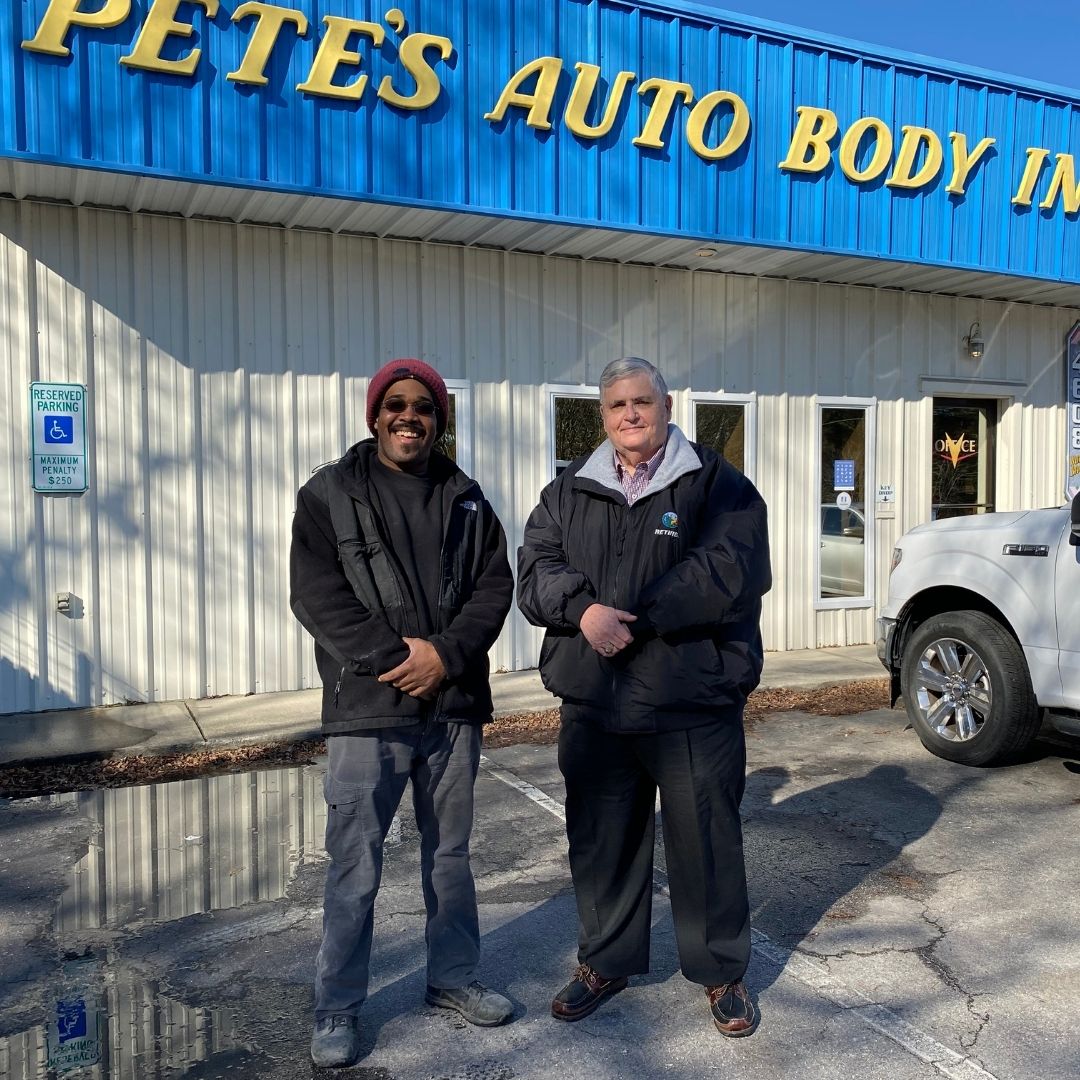 Brandon Blount, left, and Monarch Employment Support Professional Don Winslow meet regularly at Pete’s Auto Body to discuss the success he is experiencing at his job.

Brandon Blount’s employment success is proof that with motivation, a positive attitude to overcome challenges and the willingness to learn new skills, he is able to reach important life goals.

Blount, 29, was paired with Employment Support Professional (ESP) Don Winslow, a member of the Wilson Individual Placement and Support (IPS) team. Monarch’s IPS teams assist people, who have been diagnosed and are healing from a mental illness, the support needed to find employment. IPS support can mean help in creating a resume to strengthening interview skills and more.

Blount was diagnosed with post-traumatic stress disorder (PTSD) and depression and receives therapy services through Monarch. Through IPS assistance and therapy, he is achieving life goals and overcoming obstacles he thought might not be possible.

When they initially began working together, Winslow describes Blount as shy and reluctant to participate in conversations. The pair began by investigating available jobs that matched his interest and skill set, practicing mock interviews and how, during an interview, to focus on his skills. As Blount became more confident and realized the strengths he could offer an employer, his attitude transformed to positive and he became motivated.

Blount wanted to work for an automotive business. Since seeing the first “Fast and Furious” movie in the early 2000s, cars of all kinds interested him. He initially searched for car detailing positions but a job with Pete’s Auto Body in Wilson became available and Winslow thought it would fit Blount’s skill set. “I kept reinforcing the fact that he had the skills to do the job and taught him how to sell those skills during an interview,” Winslow explains. 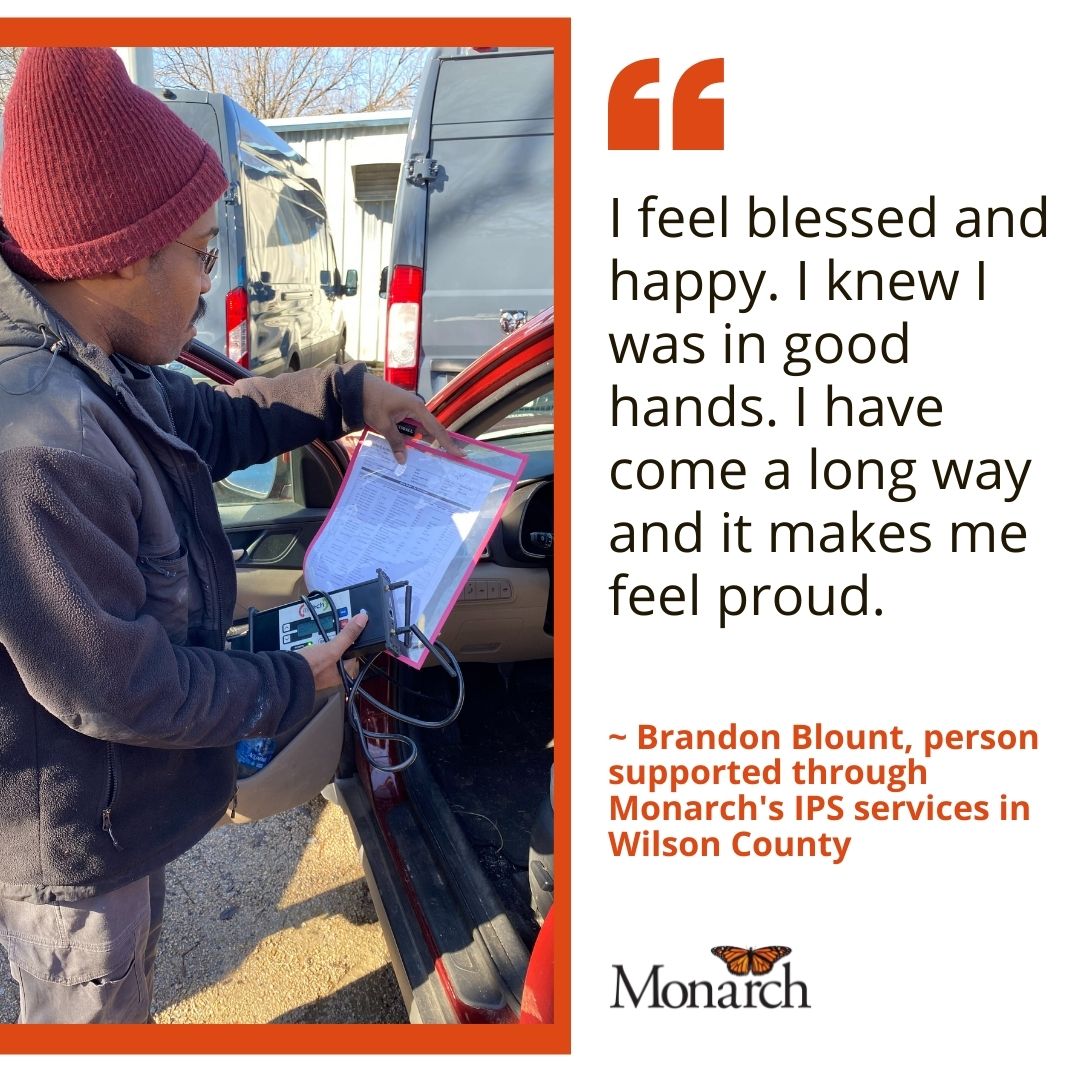 He applied, interviewed and received a job offer from Pete’s in April 2021.

He was nervous, excited and motivated all at the same time. “They have really taken him under their wing,” Winslow said of the Pete’s Auto Body staff.

Fast forward to today and Blount is a changed man, Winslow shares. He has self-confidence, willingly takes on new and additional job responsibilities and shares his infectious sense of humor – and smile – with staff and customers. He has learned how to electronically scan cars brought in for service as well as recently beginning to learn auto body repair basics and delivering auto parts.

Pete’s Owner Mike Black and Parts Manager Shawn Lewis remark that Blount brings a breath of fresh air to their work environment. The staff appreciates his ever present smile and willingness to help wherever needed. “Brandon is dependable and always does a good job,” Black states. “He is happy every day and works hard.”

Blount shares that he appreciates and feels fortunate to have the support of his grandparents, Rosanna and George Barnes, who have raised him, as well as Winslow’s assistance in not only securing employment but maintaining it. The pair continue to meet and discuss any employment concerns and questions.