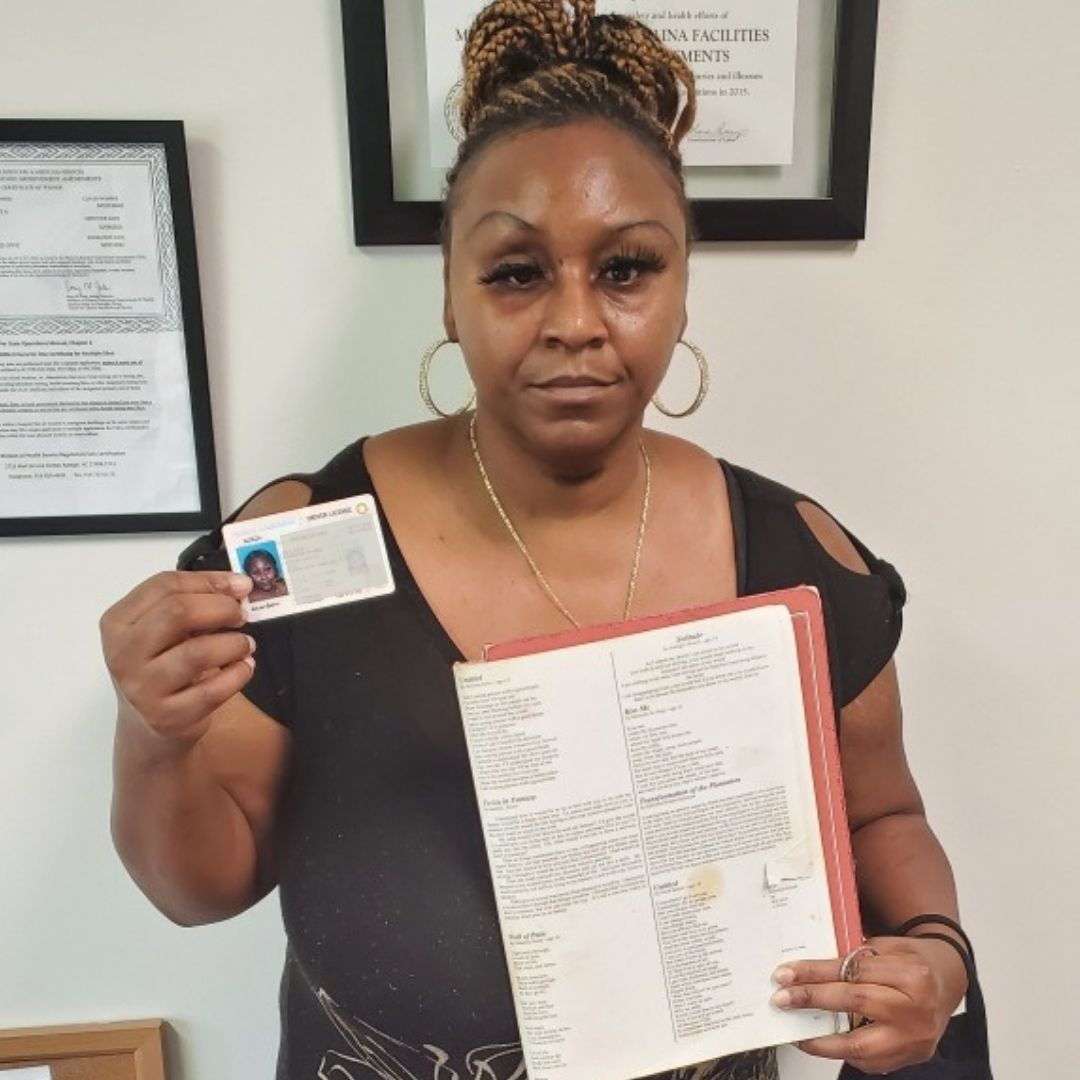 Azalea Gardens resident Sabrina Bolden proudly shows off her new North Carolina driver’s license and one of her poems that was published.

Sabrina Bolden, a resident of Monarch’s Azalea Gardens in Farmville, is relishing her newfound independence since passing the test to receive her driver’s license.

Living at Azalea Gardens, an apartment-style, independent living environment for adults diagnosed with a mental illness, she realized that walking as her main mode of transportation in rural Pitt County was an option but she longed for the freedom that driving offered.

Moving in 2020 to North Carolina allowed Bolden to be close to family members, find a home that was peaceful and quiet and to escape the high cost of living in New York City. As a resident of Azalea Gardens, she has the opportunity to thrive, reach her own goals and heal with the support she needs from Monarch staff as well as fellow residents.

Bolden was diagnosed with post-traumatic stress disorder (PTSD), the result of being accidentally shot in her right eye when she was 16 years old. She did not receive counseling following the accident. When she was 31 years old, she experienced a mental break most likely caused by the trauma of the shooting and abuse she experienced throughout her life. “It hit me all at once,” she describes. 9/11 also left its mark since she lived in Manhattan when the terror attacks unfolded before her eyes, where she worked and where she lived.

Living independently with supports has assisted Bolden with establishing life goals which included her driver’s license. “I am going to get myself a driver’s license because I am tired of walking,” she stated of her determination and confidence that motivated her. Bolden studied online and she kept focused on passing the two-part test which is driving a car and the written exam. She took a refresher driving course with an instructor to receive up-to-date pointers. 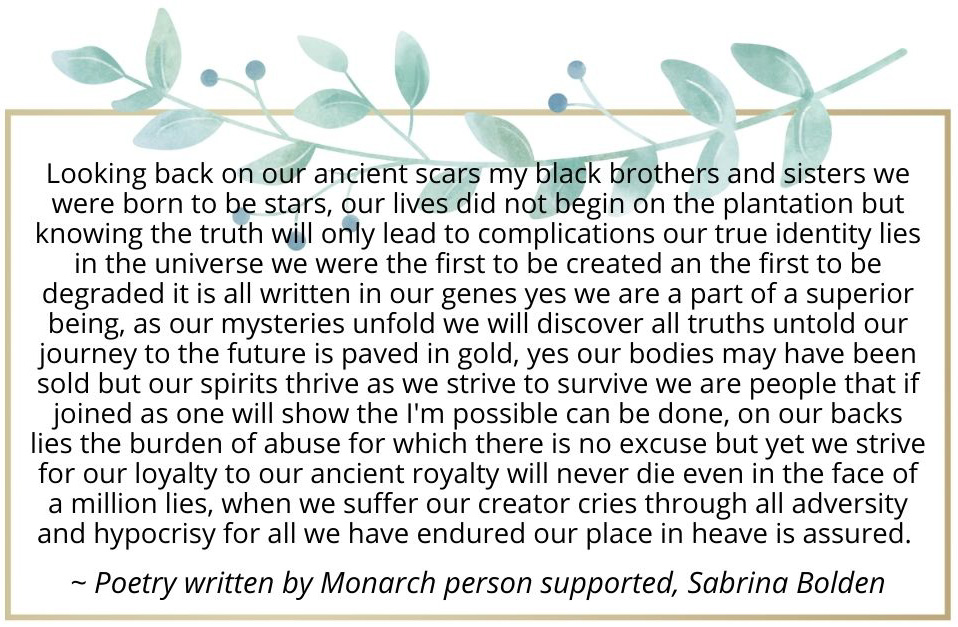 She completed the written test last spring and then the driving portion of the exam on July 7. She passed both with flying colors: “It helps motivate me. I have always been that way all my life. I set out to do something and I do it.” She now assists a fellow Azalea resident, taking him where he needs to go.

Other accomplishments Bolden has achieved include being a published poet. She began writing poetry in 1986 following the shooting accident and as a way to express the trauma she was feeling. “Writing poetry helps me get my feelings out but my poetry is not always about my feelings. I write exactly the words that come to me and I write them down immediately. They come out of nowhere . . . I write a lot of poems dedicated to God,” she shares.

In 1998, she entered a poetry contest (see graphic at right) with a poem that was sitting in a box in her closet since 1996. She didn’t win a prize but her entry was published.

Additional goals she is setting for herself include continuing her studies in college to pursue a theology degree. Bolden cites her younger sister who earned her bachelor’s degree and is successfully working in her field of study. She adds that another goal is to hopefully save enough money to purchase her own car.

Want to learn more about supported living vacancies at Monarch? Visit here, or reach out to our Referral Coordinator at (704) 986-1879 or email [email protected] Click here to view an application.