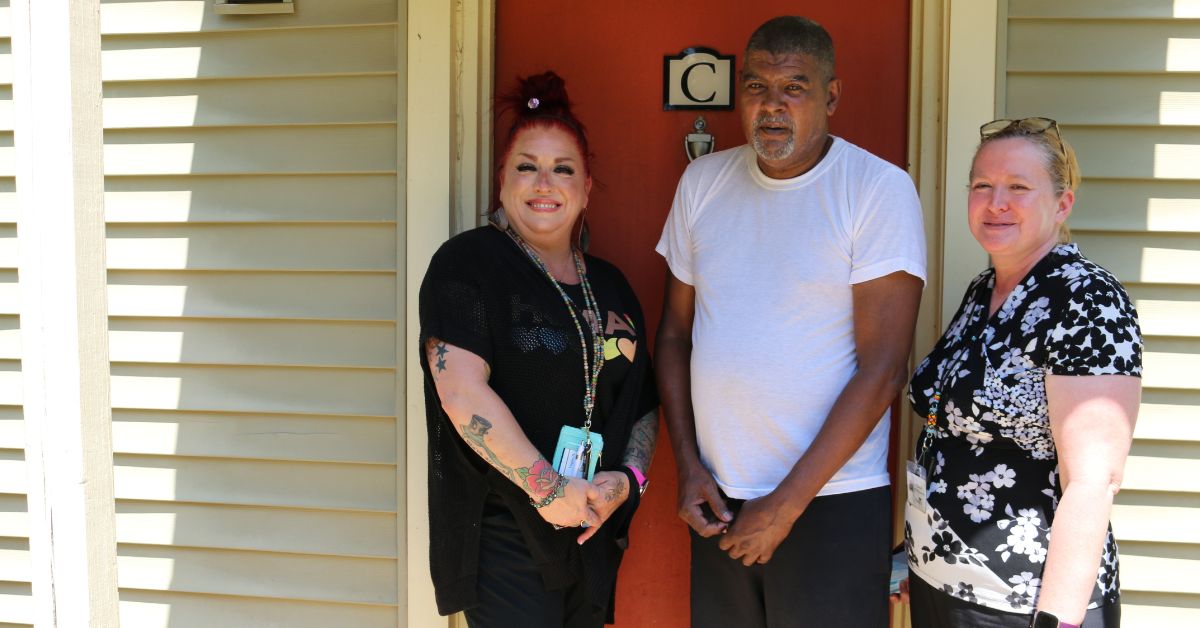 Billy Locklear’s apartment is nestled in a corner amongst tall, thick trees in a Greensboro complex off a busy road. His red front door has a large “C” sticker with a metal knocker for visitors.

The front porch leads into a hallway. His living room offers comfortable places to relax with a gray couch and a table for four. Stairs lead to a second level with two bedrooms and a bathroom.

Every day he is grateful for the spacious, safe place he calls home. It is what he dreamed of when he spent nights in an abandoned box truck in Greensboro and when he took refuge in a shelter.

Following one of many hospital stays, he was assigned to begin receiving services through Monarch’s Assertive Community Treatment Team (ACTT) in Guilford County. ACTT Housing Specialist Theresa Chow, MS MFT, QP, searched for Billy, her new client. It took some time to locate him and recalls their first meetings with a smile. She worked hard to earn his trust. She slowly convinced him that her promises to help were genuine and real.

ACTT is a community-based group of medical, behavioral health and rehabilitation professionals who uses a team approach to meet the needs of an individual with severe and persistent mental illness. Priority is given to people with schizophrenia, bipolar disorder and other psychotic disorders.

As part of the Guilford ACTT, Theresa is joined by nurses, therapists, vocational specialists and peer support specialists who work as a team to help people in need similar to Billy. “We couldn’t do it without each other,” she says of her colleagues.

Billy, 59, diagnosed with schizophrenia, is happy that not only does he have a home now following years of homelessness but that Monarch services are helping him manage the symptoms of his mental health diagnosis. He not only receives housing assistance but also medication management, therapy services and vocational guidance, if he would like. Theresa has walked beside Billy for the past two years, calming nerves and pursuing viable residential options.

The pair worked to apply for housing through the Transitions to Community Living Initiative (TCLI) program operated by the North Carolina Department of Health and Human Services and administered through Sandhills, a Local Management Entity-Managed Care Organization (LME-MCO). Sandhills contracts with Monarch to serve individuals with mental health struggles.

Once connecting with Monarch, Billy transitioned to a homeless shelter prior to locating to his apartment. He is thankful for the support he received through the Bethesda Center in Winston-Salem. He was fed, had a place to sleep and learned valuable life skills. 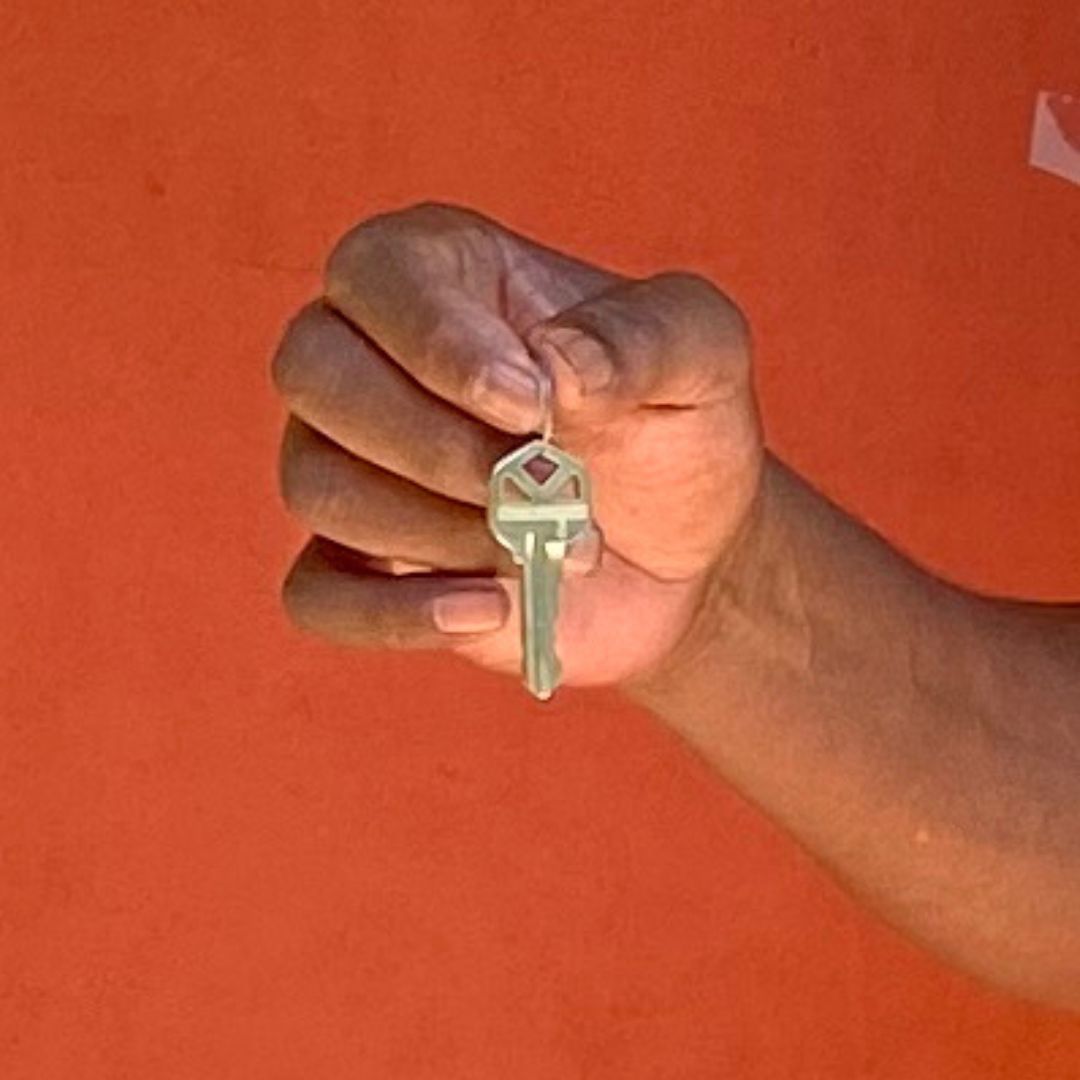 Billy Locklear is thriving with housing of his own and is shown here with his apartment key.

Time has not faded his memories of being homeless. He remembers cold nights and the truck’s hard floor which made sleeping nearly impossible. His main priority was to keep a low profile hoping no one would find him spending nights there. During the day, he begged for food. Today, he is extra careful with budgeting and using utilities thanks for guidance from ACTT. He fears being homeless again.

He remembers the day he was notified that he could sign the lease for his own apartment. “I really wanted to cry to be honest with you. That was a good moment,” he shares. He received the keys to his apartment in October of 2020. He hosted his first Thanksgiving with his mom at his kitchen table with him. They cooked turkey with all the trimmings.

Guilford ACTT Peer Support Specialist (PSS) Ginger Hutchens, who also works with Billy, shares that she can relate to his experiences having been homeless herself and is proud of the positive changes she can see in him. PSSs bring lived experiences following recovery to their role. “Billy now advocates for himself especially with medication changes. That is huge. He has found his voice,” she says.

Soft-spoken, gracious and humble, Billy smiles from ear to ear when asked about what he enjoys doing. He likes to ride the bus to his favorite park and enjoy the outdoors. He enjoys eating out.

Theresa describes Billy as a model renter. Billy understands his responsibilities to maintain an apartment and live independently. He would like to find a job in the landscaping field.

He wants to tell others who might be struggling with mental health issues to have hope. “Don’t give up. There are people out there who will help,” he attests. “I am proud of being where I am today and having people like Miss Theresa and Miss Ginger for support.”

Editor’s Note: Since this story was written, Billy Locklear moved to an alternate apartment style home due to guidelines through TCLI funding. He is adapting to his new home well and continues to be grateful for the assistance he receives through Monarch’s Guilford ACTT staff.