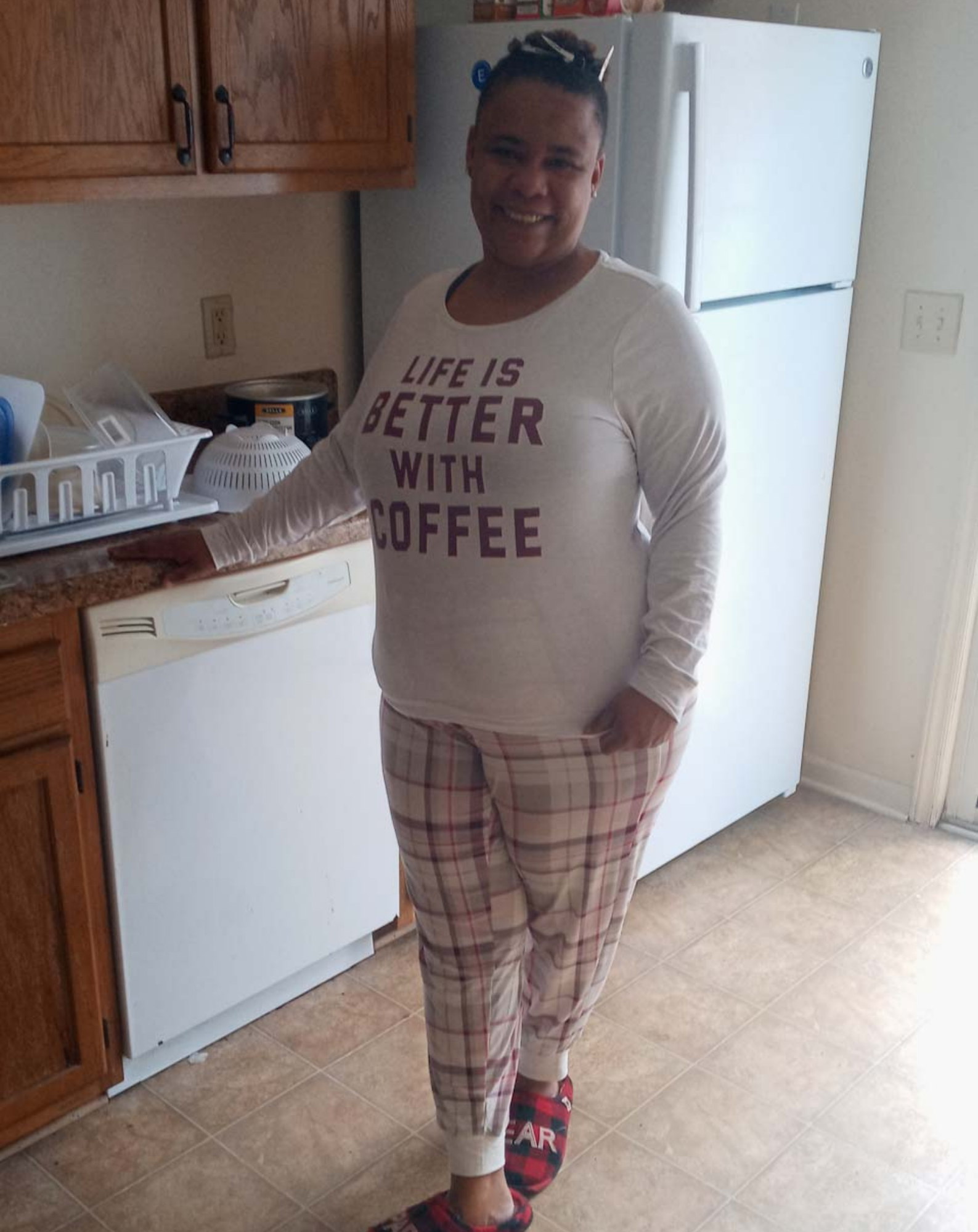 Dreaming of a better life and wanting to start fresh, Kristina Smith moved to Charlotte in 2013 from her native Chicago.

She had high hopes and dreams for her future. However, following the move, Smith’s life ended up taking twists and turns she wasn’t expecting or envisioned.

Fast forward to today, and the 35-year-old mother is making impressive strides overcoming mental health obstacles through Monarch’s Supervised Living and Individual Supports under the direction of Cardinal Medicaid services. Smith is embracing newfound confidence and learning the coping skills she needs to continue healing, as well as maintaining sobriety.

Not long after moving to Charlotte, the relationship with her daughter’s father ended and he was granted full custody of their young child. Smith became homeless with her nights spent moving from one overnight city shelter or church sponsored program to another.

Looking back at the times she moved from shelter to shelter and relied on help from the community, Smith firmly believes these experiences make her new living arrangements at Monarch’s supervised living condominiums in High Point all that more meaningful.

Her connection with Monarch services began in 2013. A city shelter staff member thought she could benefit from receiving mental health assistance and referred her to Monarch’s Mecklenburg Behavioral Health location in Charlotte. She was diagnosed with bipolar disorder, depression and anxiety. She also has overcome substance use disorders.

As she received therapy and services for her mental health diagnoses, Smith graduated from shelters to rooming houses. She eventually was approved for disability assistance.

However, it was through her connections at Monarch’s Mecklenburg location that she learned about housing opportunities for people with mental health diagnoses. Matthews and the staff began assisting her in 2018 applying for supported housing options. Monarch staff urged her to be patient because securing supported living took time. 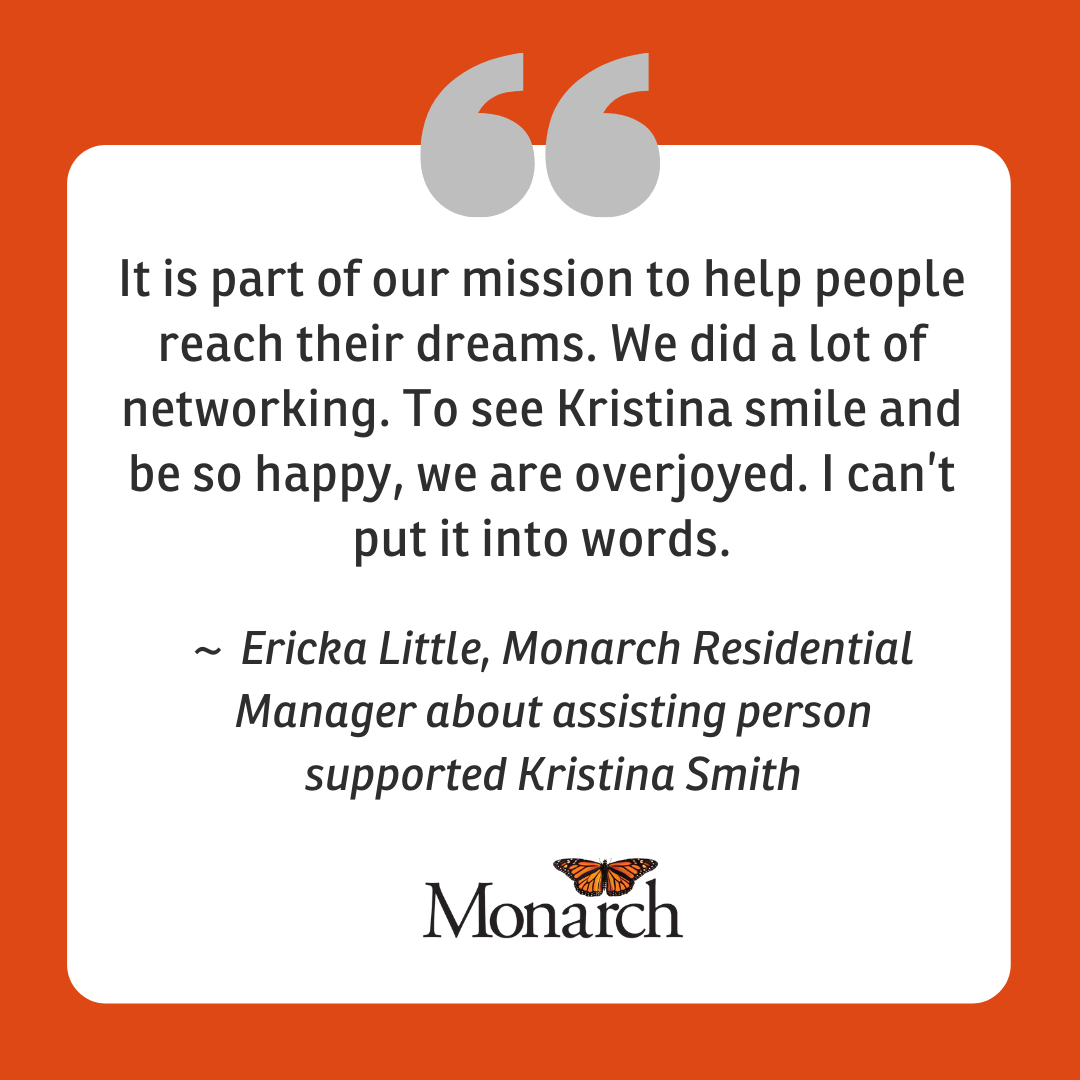 In July 2020, her patience was rewarded. Smith received word that a condominium was available at Monarch’s High Point location. Everything she had dreamed about was happening. She met Monarch Residential Manager Ericka Little who guided her through visits and screenings before move-in day.

Through these conversations, Little realized her new resident had few possessions to call her own and knew well that adjusting to her new, independent life would prove difficult without at least the necessities.

She brought her Monarch team together to tell them about Smith’s situation and seek their assistance.

Smith is also grateful for the efforts and contributions of her church family at New Beginnings in Charlotte who helped her as well as Laura Sturgis with The Arc of High Point and supportive friend, Phyllis Underwood of Life Changing Church, also located in Charlotte.

Little said she is proud of the quick, compassionate response from her teammates: “It is part of our mission to help people reach their dreams. We did a lot of networking. To see Kristina smile and be so happy, we are overjoyed. I can’t put it into words.”

The two-bedroom condominium with full bathroom, kitchen, patio and located near a scenic bicycle trail seems too good to be true. “It is breathtaking. It shows me how God can bless you with something that is gold. I would never trade it for anything. The best part is that I can get up and go in and out with my key and I have a place to call my own,” she commented. 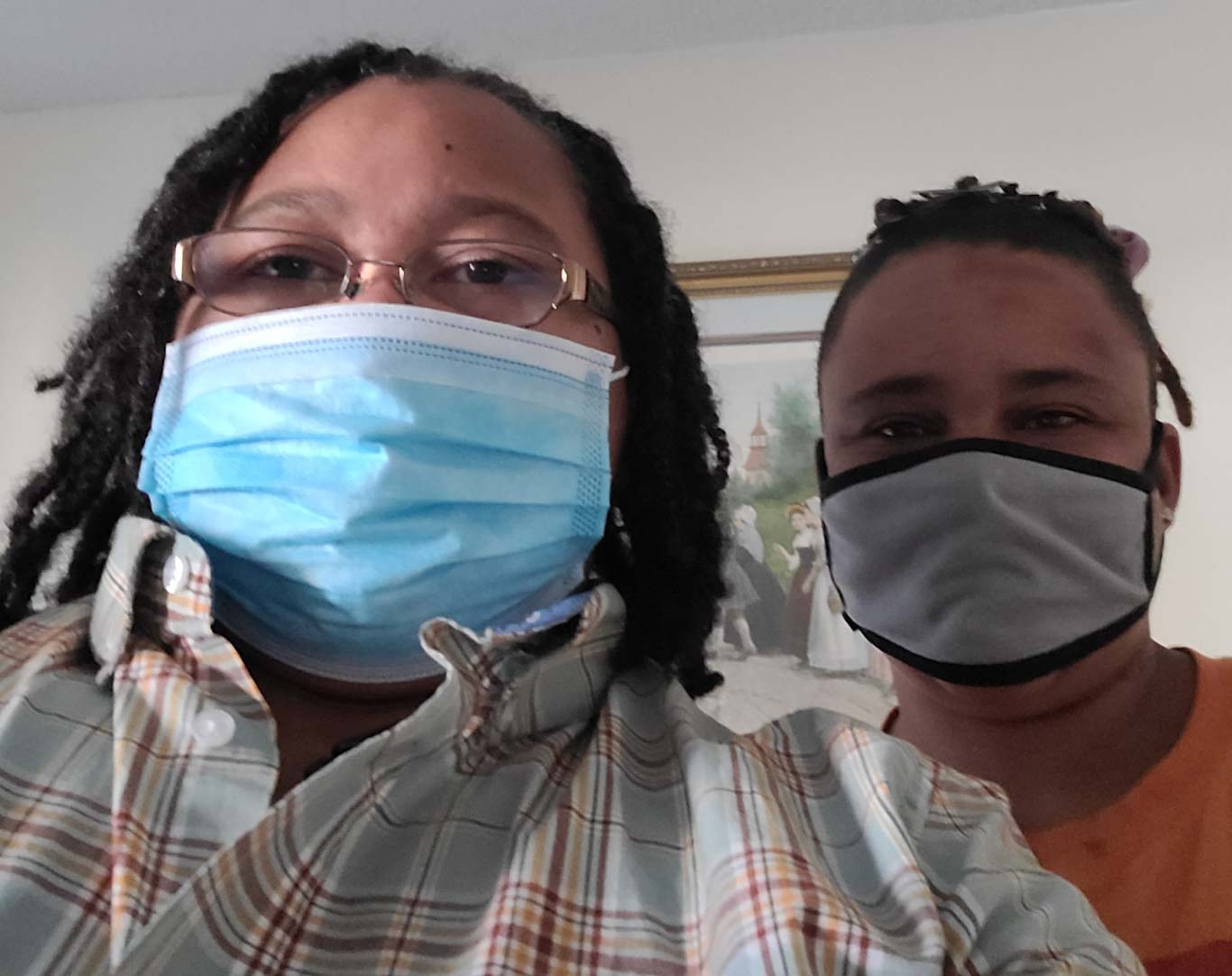 Smith said a large part of her personal growth and success can be attributed to her Direct Support Professional Joanna Watson in addition to the support she received from Monarch staff. In 2019, Smith began working with Watson who has become her mentor, advisor, confidant and, most importantly, friend.

Watson remembers that during their first meetings, Smith was guarded and found it difficult to trust others after surviving on the streets. “She always felt the need to defend everything and try to prove a point. When we began to work together, I had to earn her trust so that I could help her, and she not see me as someone looking at her past but looking at her as a bright light in her future,” Watson revealed.

During their weekly visits, the pair spends time talking and working through appropriate reactions in difficult circumstances. They work on life skills such as budgeting. Watson assures Smith she has the skills needed to successfully complete her GED. They stay in touch throughout the week, texting frequently.

“She has so much to offer and all she needed was an opportunity and someone to not only hear her but listen to her. I look forward to Thursday evening visits because I know I will leave with so much more than what I came with,” Watson proudly said of Smith.

Smith is grateful for the support system she has received from Monarch staff but also realizes she has personal growth left to do. “I am able to work with Monarch and the gracious people and staff who have given me a chance. It is up to me though to continue succeeding,” she declared.

Smith has the opportunity to make wonderful memories in her new home. This past Thanksgiving, Smith cooked and entertained for a group of close friends. She is thriving in a place she calls home, establishing a relationship and spending time with her now 7-year-old daughter and grateful for a support system that is proving to her they won’t let her fail.

Monarch1 day ago
Our team works to provide a safe and nurturing environment for each of the people we support. Today, we send our team and health care workers everywhere a little extra love.

Monarch1 day ago
We work every day to raise #Awareness about the #Inclusion of people with intellectual and developmental disabilities. Keep an eye out throughout March as we highlight the amazing people we support and how they are surpassing #Goals, thriving and connecting to the communities in which they live. http://ow.ly/YBiD50DJPPu #DDAwareness2021 #DDAware

Monarch2 days ago
#SelfHarmAwarenessDay: Did you know that signs of #SelfHarm can include scratches, cuts, bruises, bite or burn marks or wounds or scars? Watch this video for more information on behaviors or patterns that might indicate non-suicidal self-injury. #MentalHealth #MentalHealthAwareness #Cutting

Know the Signs: How to Recognize Self-Harm
Self-harm, particularly among youth, is becoming increasingly common. Youth who self-harm may do so as a way to cope with stress in their lives. Non-suicidal...
youtube.com
3    View on Facebook