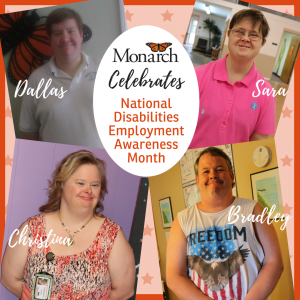 Monarch2 hours ago
Our SECU Youth Crisis Center in Charlotte is prepared to assist youth ages 6 - 17 who are experiencing a mental health crisis. Before visiting, find out what #COVID19 screening and #Coronavirus safeguards we have in place. https://bit.ly/2R4mhOo

Monarch5 hours ago
Our Bellemeade Facility-Based Crisis Center in Greensboro is prepared to assist individuals experiencing a mental health crisis. Before you visit, find out what #COVID19 screening and #Coronavirus safeguards we have in place. https://bit.ly/39ClJWD

Monarch6 hours ago
Our Facility-Based Crisis Center in Lumberton is prepared to assist individuals experiencing a mental health crisis. Before you visit, find out what #COVID19 screening and #Coronavirus safeguards we have in place. https://bit.ly/3aGgy9i

Monarch11 hours ago
During #COVID19, our focus is caring for loved ones, friends and family. Check out this video that addresses the difference between empathy and sympathy from researcher and author Brené Brown, and how understanding the difference is important for in-person and virtual relationships.

Brené Brown on Empathy
What is the best way to ease someone's pain and suffering? In this beautifully animated RSA Short, Dr Brené Brown reminds us that we can only create a genuin...
youtube.com
7    View on Facebook