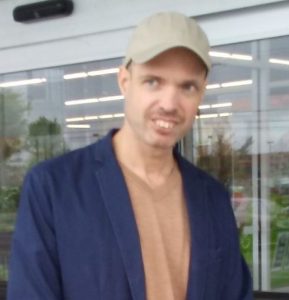 Monarch17 hours ago
Our Assertive Community Treatment Team (ACTT) in #GuilfordCountyNC continues to provide critical services to individuals diagnosed with mental illness through #COVID19. Find out how ACTT Leader Carol Wilson used her creative sewing skills to help her staff safe during COVID-19.

Monarch2 days ago
If you have a child with #ADHD, summer’s laid-back routine may be anything but relaxing and can sometimes cause frustration. Discover these suggestions from Child Mind Institute to help foster fun during the traditional break from school. http://ow.ly/ToSf50Aofau

Monarch3 days ago
What is it about music that can lift our spirits? #WellnessWednesday #MonarchMotivations

Monarch4 days ago
Our Individual Services and Supports (IPS) team in Stanly County helped Alexander Auayang to achieve his goal of finding work close to home and to live more independently as a young adult diagnosed with #AutismSpectrumDisorder. Read how our staff assisted him in securing a job Harris Teeter and how he continues to experience success.

Alexander Auayang Achieves Career Goals Thanks to Monarch’s IPS Team - Monarch NC
Alexander Auayang, 27, set goals for himself to find a job close to home with the assistance of Monarch’s Individual Placement and Supports (IPS) team.
monarchnc.org
8    View on Facebook