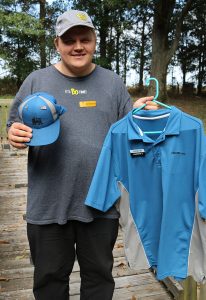 Valentin Zadorowzhniy, a resident of Southgate group home in Monroe, will admit with a chuckle the best part of having jobs are paychecks. He emphasizes the “s” because he has more than one job, and that is a fact of which he is extremely proud.

Valentin is enjoying life, thriving in part to being employed. He contends that his jobs provide a work environment for socialization, foster independence and provide opportunities to make new friends – all of which are equally appealing to him.

The U.S. Department of Labor Statistics released its 2018 figures, noting that the rate of employment for those with a disability rose slightly to 19.1 percent. The 2017 tally indicated the disability employment rate at 18.7 percent.

October’s National Disability Employment Awareness Month (NDEAM) theme is “The Right Talent, Right Now.” NDEAM dates back over 70 years ago when the United States Congress recognized the first week in October to urge businesses to employ individuals with disabilities.

Valentin’s work schedule is busy with one job at Bojangles’ in Monroe, as well as employed at Food Lion grocery store. He proudly wears each uniform, nametag and hat when getting ready for a shift. Valentin said with help from Southgate Behavioral Specialist Thomas Horne, last May he filled out the application for Bojangles’, then interviewed and was offered a position.

He works an average of 25 hours a week at Bojangles’ cooking, prepping food including making biscuits and washing dishes. For over a year, Valentin has been assigned about five hours per week at Food Lion where he cleans and retrieves shopping carts, among other tasks.

Residential Team Leader Anterria Baker noted that securing employment has resulted in Valentin improving his social skills and taking control of his life.  Valentin acts as his own guardian, taking an active role in decisions made as well as determining goals.

Baker added that the Southgate staff do what is necessary for the residents to succeed in being exemplary employees and practice good work habits. Valentin was diagnosed with schizophrenia and bipolar disorder, and the staff helps him with what he needs to be successful: “We support him with transportation to and from work, and we teach him to make the best decisions that control his behavior.” 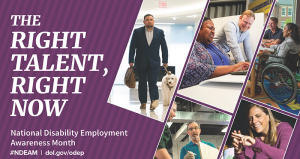 “I love it so much. I am not alone and I am glad I am with my friends,” Valentin said of working at his jobs, adding that his co-workers make him laugh. “Everybody loves me at work.”

Valentin is happy at this stage of life but looks toward the future when he would like to pursue living independently possibly in an apartment and obtaining his driver’s license.

The 32-year-old has been a resident of Southgate since 2017 and is the second oldest of 13 children. His parents immigrated to the United States when he was 10 years old. “I get along with all my brothers and sisters. They are very nice to me,” he said, adding that he often visits his family who live nearby.

Photo caption: Valentin Zadorowzhniy, a resident of Southgate group home in Monroe, proudly shows his work uniforms as he gets ready for a shift at Bojangles’. Valentin also works at Food Lion grocery store.

Monarch20 hours ago
Does your child have travel anxiety due to #COVID19? Our Behavioral Health Therapist Holli Patillo says, "one of the most important ways to manage a child's anxiety is to validate it. Express that you understand why your child feels anxious, and without invalidating their feelings. Help them understand the precautions you are taking to ensure their safety." #FamilyTravel

Monarch2 days ago
During #MinorityMentalHealthMonth, let's #EndTheStigma and start the discussion. Discover the many services we provide that offer accessible, mental health resources to adults and children. #BIPOCMentalHealthMonth

Monarch4 days ago
For some people, loneliness is an inevitable part of life or maybe even a daily struggle, especially during #COVID19. Today is #CheerUpTheLonelyDay and our Behavioral Health Urgent Care Nurse Practitioner Katherine Fisher suggests calling someone you know, writing a note, dropping by for a safe, socially distanced visit or sending a funny video to cheer them up. #SpreadKindness #SpreadLove

Monarch5 days ago
Our Assertive Community Treatment Team (ACTT) in #GuilfordCountyNC continues to provide critical services to individuals diagnosed with mental illness through #COVID19. Find out how ACTT Leader Carol Wilson used her creative sewing skills to help her staff safe during COVID-19.